2023: Atiku Accused Of Of Unfair Treatment By Bauchi Gov 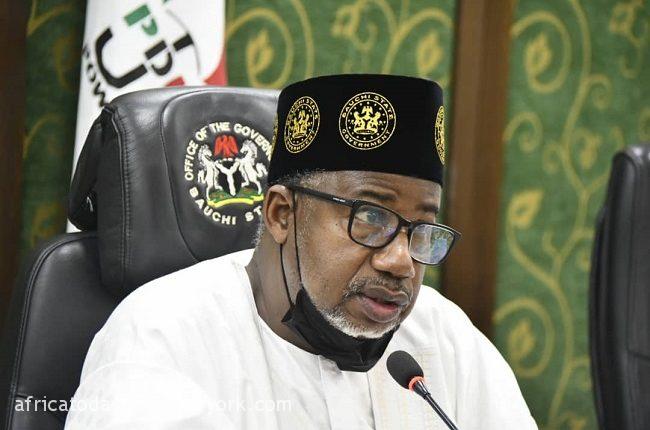 Bauchi State Governor, Bala Mohammed has asserted that he will not waste time pulling out from the PDP Presidential Campaign Council (PCC) if the presidential candidate, Atiku Abubakar does not publicly disown those working against him in the state and declare support for his reelection come 2023.

Mohammed who currently holds the position as the vice chairman North in the PDP, PCC made the threat in an eight-page letter he addressed to the National Chairman of the party, Senator Dr. Iyiocha Ayu which was obtained by Africa Today News, New York on Wednesday morning.

According to reports, Atiku held a closed-door meeting with the aggreived governor last night.

Recall that Ayu and some party chieftains had recently visited the Bauchi State governor. Although the close-door visit had raised concerns, the party leaders dismissed any notion of fresh friction within their ranks.

The party had been battling with the group of five governors namely, Rivers State governor, Nyesom Ezenwo Wike and his Abia, Oyo, Enugu and Benue counterparts, Okezie Ikpeazu, Seyi Makinde, Ifeanyi Ugwuanyi and Samuel Ortom. They had recently intensified their campaign against the party’s presidential candidate.

However, Governor Mohammed’s letter which was obtained by Africa Today News, New York, reads in parts; ‘the protest letter has been necessitated by the treachery targeted at his person and office undoubtedly endorsed directly or indirectly by the Presidential candidate of the PDP, Alhaji Atiku Abubakar GCON. In this game of political mischief, he is in league with some political stakeholders from Bauchi state who have constituted themselves into a ‘Bala must go’ conspiracy’.

He further added; ‘The arrowheads of the treacherous scheme against me includes former governor’s, some political elders and other foot soldiers, unfortunately for them, because of the goodwill I have with the people, most of their mischievous plans get to be revealed to me before they start implementing.

‘While Alhaji Atiku Abubakar and his political cohorts insist that i must be punished for contesting against him during the presidential primary of our party, the self aclaimed king makers around the Wazirin Adamawa wants a pound of flesh from me because I have refused to capitulate to their unbridled sense of entitlements which is pregnant with selfishness and dictatorial tendencies, the last group of the “Bala must go” campaigners are those who ego has been bruised by my continued political relevance, rising national profile and grounds swell of public acclamation that has trailed unprecedented developmental strides of the PDP led administration in the state’

The Governor in the protest letter which was personally signed by him and endorsed by 33 major stakeholders in the state including the deputy governor, Speaker, former senators, Speakers, Council Chairmen and the entire State party executives in the state, former national officers of the party from the state and other relevant chieftains in the state said, he has complained severally to the Presidential candidate and his running mate and some party elders but no favourable action taken.

He demanded therefore that, ‘The presidential candidate issue a public statement disowning those renegade elements who are neck deep in the anti-party plots of subverting my reelection efforts and to admonish members of our party to reject the dubious overtures and manipulative strategies of my detractors.

‘Anything short of this complete public repudiation of this incongruities within a reasonable time frame coupled with explicit guarantee of sincerity of purpose and public support of my reelection by the presidential candidate, I may withdraw from the presidential campaign council and feel free to create new measures and strategies that will guaranttee election or reelection of all PDP candidates in Bauchi state and myself’ he stressed.

Meanwhile, barely 48 hours the group of fivePDP governors launched an attack against the campaign of their presidential candidate, Atiku Abubakar, national chairman of the party, Dr Iyorchia Ayu has said the party still stands a good chance of winning the 2023 presidential election.

Although he said the window for reconciliation is still open, he added that the opponents of PDP are not in the party.

He added that the 2023 presidential election is PDP’s to lose because of Atiku’s preparation and network across the country as well as APC’s legacy of shame.