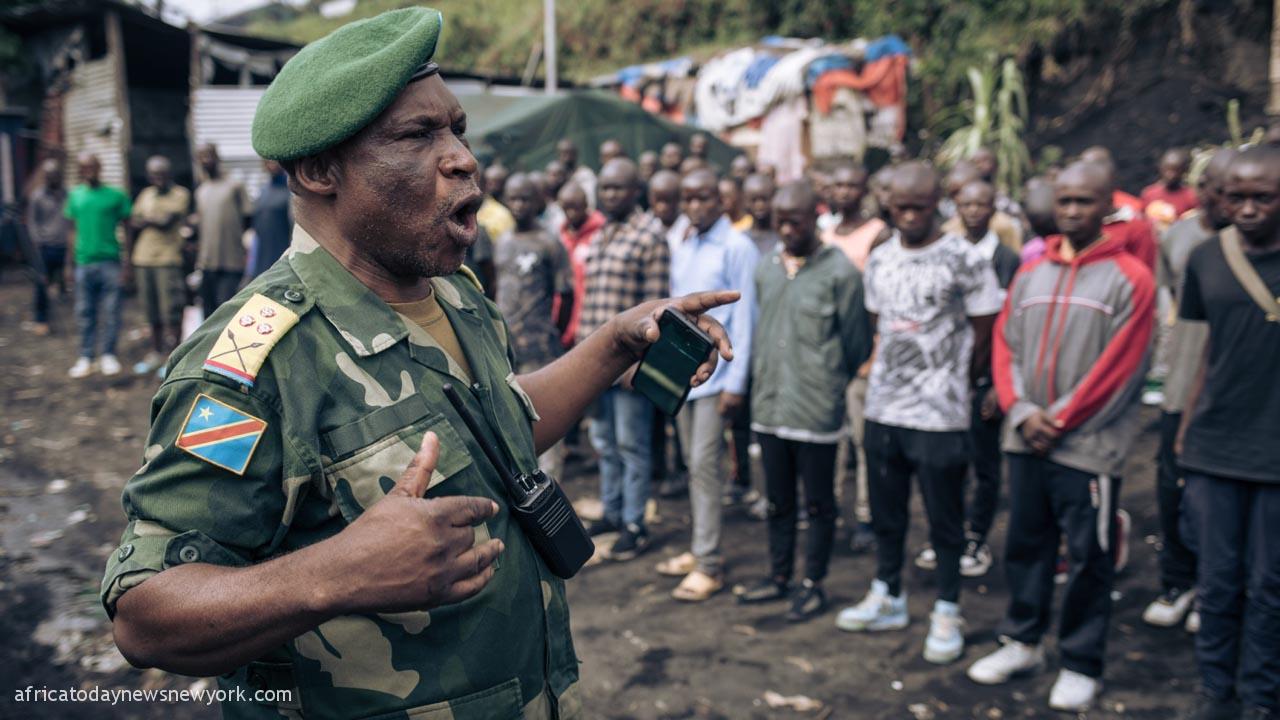 Some newly deployed jets were used by DR Congo’s military to bombard M23 positions in the east of the country on Tuesday, officials have disclosed, with some residents of rebel-held territory reportedly fleeing across the border.

Africa Today News, New York reports that the M23 first which is a mostly Congolese Tutsi group, rose to prominence sometime in 2012, briefly capturing the main city in the eastern Democratic Republic of Congo (DRC), Goma, before being pushed out of the territory.

After lying dormant for years, the group took up arms again in late 2021 claiming the DRC had failed to honour a pledge to integrate them into the army, among other grievances.

M23 rebels have won a string of victories against the Congolese army in North Kivu province in recent weeks, dramatically increasing the territory under their control.

Their resurgence has cratered relations between the DRC and its smaller neighbour Rwanda, which Kinshasa accuses of backing the M23.

On Tuesday, a Congolese security official who asked for anonymity said warplanes were bombarding the rebel-held Tchanzu area of North Kivu and would continue ‘all day’.

A resident of the strategic town of Bunagana on the Ugandan border — which the M23 captured in June — confirmed to AFP that the aircraft were striking the area.

‘It’s every man for himself,’ he said, describing how town residents were fleeing across the border into Uganda.

The DRC deployed two Sukhoi-25 jets to the troubled east over the weekend, after the M23 captured a series of settlements along an important highway leading to Goma.

One on the planes violated Rwandan airspace on Monday — although Kinshasa said the incident was a mistake and not intentional.

Despite official denials from Kigali, an unpublished report for the United Nations seen by AFP in August pointed to Rwandan involvement with the M23.

The report also said the M23 plans to capture Goma in order to extract political concessions from the government in Kinshasa.