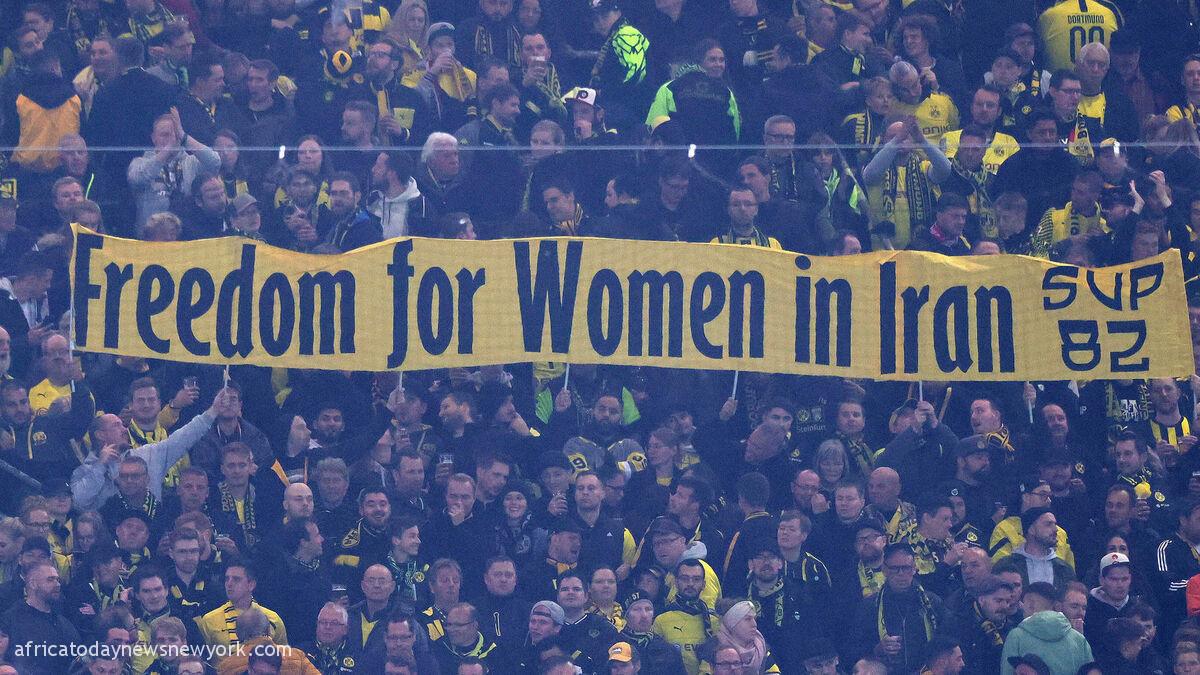 Some of the Iranian activists have made an open call on all the football fans who would be attending Iran’s matches at the World Cup which is starting later this month to chant the name of Mahsa Amini, whose death in custody had sparked some nationwide protests.

It has also been reported that Iran has been rocked by eight weeks of protests since Amini’s death, after her arrest for an alleged breach of the country’s strict dress rules which had been stipulated for women based on Islamic sharia law.

In spite of a bloody crackdown, the protests that initially saw women burn their hijab headscarves and cut their hair have evolved into a broader movement calling for the end of the Islamic republic.

Women’s rights campaigner Negin Shiraghaei called on spectators to sing out the 22-year-old Amini’s name in the 22nd minute of each game that Iran plays at the World Cup in Qatar.

“Join us to remind the world about what’s happening in Iran by shouting Mahsa’s name at minute 22 of football matches this World Cup,” said a post on her Twitter account.

“Help us immortalise #MahsaAmini and our fight against this brutal regime. At the 22nd minute of each World Cup game, say #MahsaAmini,” she tweeted.

Oslo-based group Iran Human Rights had also revealed that at least 304 people have been killed across Iran since some of the protests broke out over Amini’s death on September 16 and the protests had been fanned by fury over the restrictive dress rules for women, but have grown into a broad movement against the theocracy that has ruled Iran since the 1979 fall of the shah.

Iranian sports stars are among celebrities who have shown public support for the Amini protests, landing some of them in trouble with the authorities.

In late September, former Iranian international football player Hossein Manahi was arrested for what state media said was his support for “riots” on his social media pages. It had been reported that all but two players in Iran’s national football team refused to sing the country’s anthem before they played a friendly against Nicaragua in Tehran on Thursday evening, according to footage shared online.

At the end of September, the whole team remained dressed in black during the anthems rather than exposing Iran’s national uniform, in what was seen as a tribute to those killed in the protests.

The Islamic republic has sought to portray the protest movement as a plot hatched by the United States and its allies.