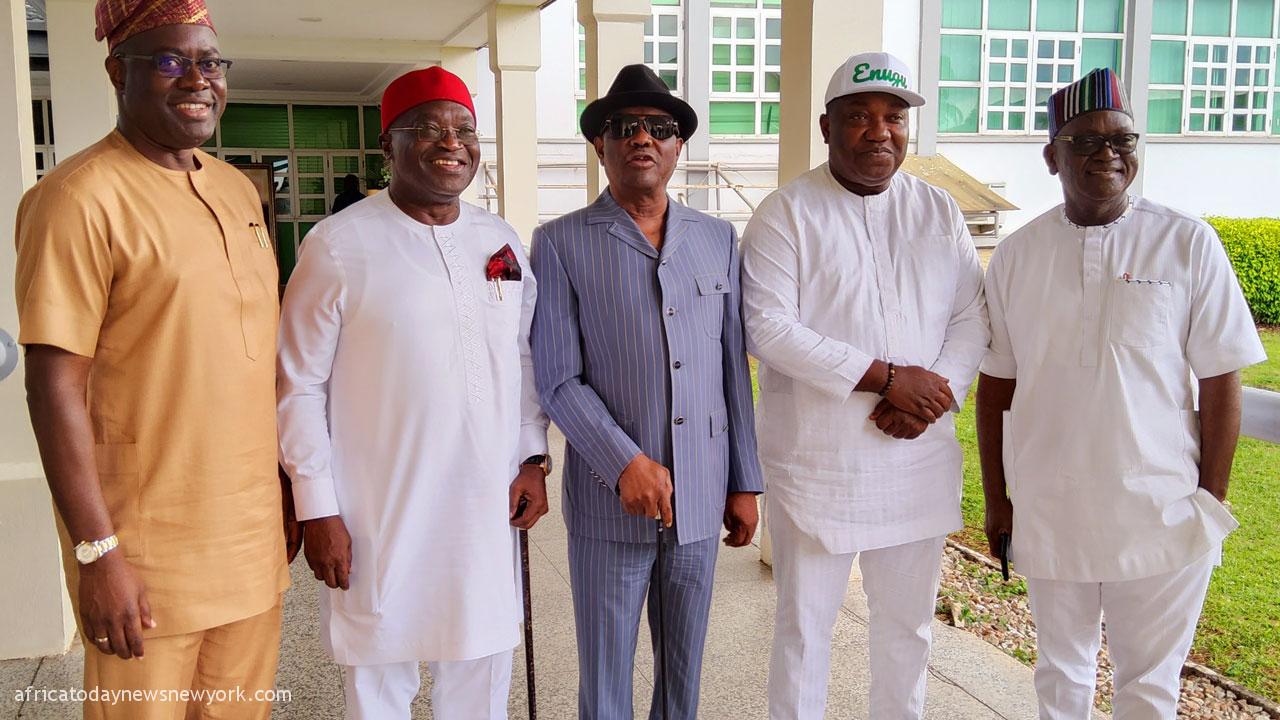 Amidst the unending crisis in the opposition Peoples Democratic Party (PDP), Governor Nyesom Wike of Rivers State and four other aggrieved governors of the party on Friday night held a closed-door meeting in Enugu State.

They were received at the Akanu Ibiam International Airport Enugu by Governor Ugwuanyi and they all moved to Government House for the meeting.

Read Also: How PDP G5 Came Together To Save Nigeria – Wike

As of the time of writing this, the governors were yet to issue a statement but our source at the meeting said they were thinking of more options available to them.

‘You know that the G-5 governors are not happy that Atiku is ignoring them and feeling on top of the world, so they are looking for options and they are deliberating on the next line of action,’ the source stated.

Africa Today News, New York reports that Wike had earlier in the week asserted the five governors had decided to bond to save Nigeria from the precipice.

According to him, the ranks of the five PDP governors cannot be broken even as they have continued to insist that Dr. Iyorchia Ayu should resign as the national chairman of the party.

Wike pointed out that because the G5 remained dogged in their demand, people have made several efforts to break their ranks but cannot succeed.

In addition to Wike, the other governors that make up the five are Samuel Ortom of Benue, Seyi Makinde of Oyo, Okezie Ikpeazu of Abia, and Ifeanyi Ugwuanyi of Enugu.

The Rivers State governor spoke at the new Banquet Hall of Benue State Government House, Makurdi, during a dinner on Sunday night organised in honour of the G5 by Ortom.