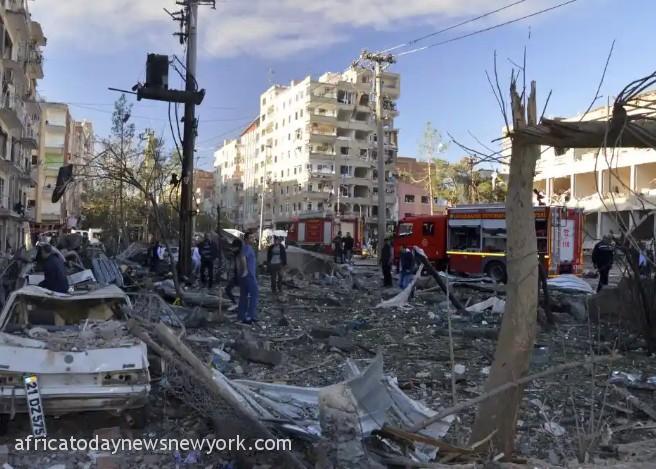 The Government of Turkey has on Monday rejected the United States condolences over the death of six people in a bomb attack which had recently occurred in Istanbul that Ankara had blamed on an outlawed Kurdish militant group.

Earlier, Soylu had revealed that the Kurdistan Workers Party (PKK) and the Syrian Kurdish YPG militia, which Ankara says is a wing of the PKK, were responsible for the attack on the historic and bustling Istiklal Avenue on Sunday.

Soylu had also revealed that the order was given in Kobani and the bomber passed through Afrin – both cities in northern Syria where Turkish forces have also been carrying out some of their operations against the YPG in recent years.

Turkey has carried out three incursions in northern Syria against the YPG, including in 2019, seizing hundreds of kilometres of land. Earlier this year President Tayyip Erdogan said another operation was imminent and the United States has supported the YPG in the conflict in Syria, stoking friction with fellow NATO member Turkey.

Condemnations of the attack and condolences for the victims had poured in from several countries including the United States, the European Union, Egypt, Ukraine and Greece.

Turkish authorities linked support for the YPG by Washington and others to the blast.

The presidency’s communications director, Fahrettin Altun, said such attacks “are direct and indirect results of the support some countries give to terrorist organisations.”

Soylu likened the US condolences to “the murderer arriving as one of the first at the scene of the crime.”

The PKK has led an insurgency against the Turkish state since 1984 and more than 40,000 people have been killed in clashes. It is considered a terrorist organisation by Turkey, the European Union and the United States.

An offshoot of the PKK claimed twin bombings outside an Istanbul soccer stadium in December 2016 that killed 38 people and wounded 155.