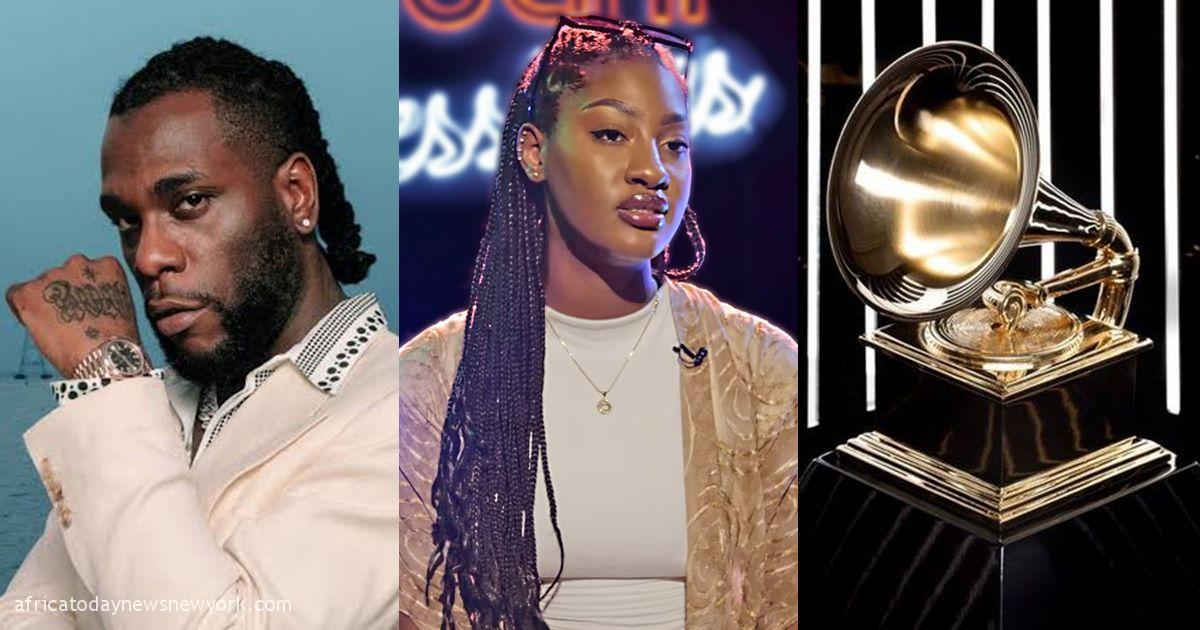 Nigerian music stars, Tems and Burna Boy have been named among the nominees for the 65th annual Grammy Awards which was announced yesterday.

Africa Today News, New York reports that Tems was nominated alongside Drake and Future in the Best Melodic Rap Performance category for the song, ‘Wait for U’.

The song was also nominated in the Best Rap Song category.

Tems, whose full name is Temilade Openiyi, also received a nomination for being part of Beyonce’s ‘Renaissance’ album.

The album was nominated in the Album of the Year category.

Read Also: Why I Hate Politics, Burna Boy Opens Up

Africa Today News, New York can confirm that the awards will be handed out on February 5, 2023 in Los Angeles.

Beyonce led all contenders with nine nominations, followed by rapper Kendrick Lamar with eight, and pop diva Adele and balladeer Brandi Carlile tied at seven each.

Beyonce and her husband Jay-Z are now tied as the most nominated artists in Grammys history, with 88 each.

Burnaboy had in 2021 added a Grammy award to his growing list of accomplishments.

The Nigerian singer and songwriter made a bigger comeback in the 2021 installment of the awards after being nominated and losing to Angelique Kidjo for the 2020 edition of the prestigious awards.

The talented Nigerian singer won the Best Global Music Album category for his latest body of work, ‘Twice As Tall’ which was released in July 2020.