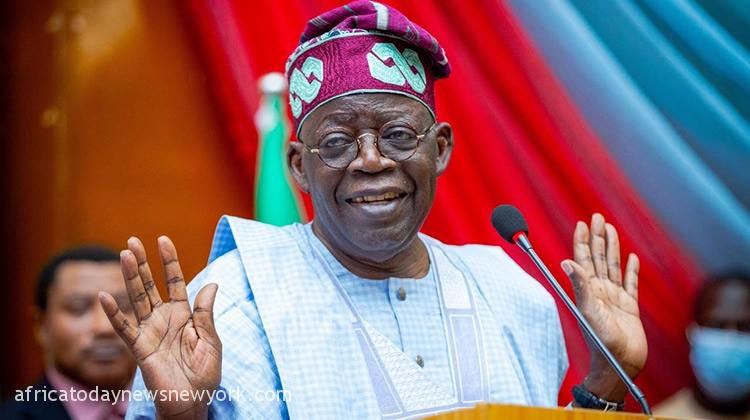 A Federal High Court sitting in Abuja on Wednesday struck out a request seeking to nullify the candidature of Bola Tinubu for the 2023 election.

In the case with Suit no. FHC/UM/CS/124/2022, the party joined the Independent National Electoral Commission (INEC) as the first defendant.

The former Lagos governor is the second defendant, and the ruling APC the third defendant.

The plaintiff argued that Tinubu allegedly submitted to the 1st defendant false information in his form EC9.

They said he failed to include his primary and secondary education in his form CF001 of 1999, submitted ahead of the gubernatorial election.

APC counsel, Babatunde Ogala filed a notice of preliminary objection, insisting the suit was statute barred and that the APP had no locus standi.

APC campaign spokesperson, Bayo Onanuga said the plaintiff was not in court when the matter came up before Justice Emeka Nwite.

In another report, Tinubu had on Tuesday assured outgoing President, Muhammadu Buhari that he would do everything possible to tackle issues around Lake Chad if elected president.

The former Governor of Lagos State who spoke at the presidential flag-off of the Kolmani Integrated Development Project in the North East, Tinubu also promised Buhari that he will do everything to tackle hunger and terrorism.

Mr. Tinubu also used the opportunity to commend Buhari for being positive about issues bothering the nation, saying: ‘You are not a backward person who looks back at the history of disappointment and failures, you are always forward looking