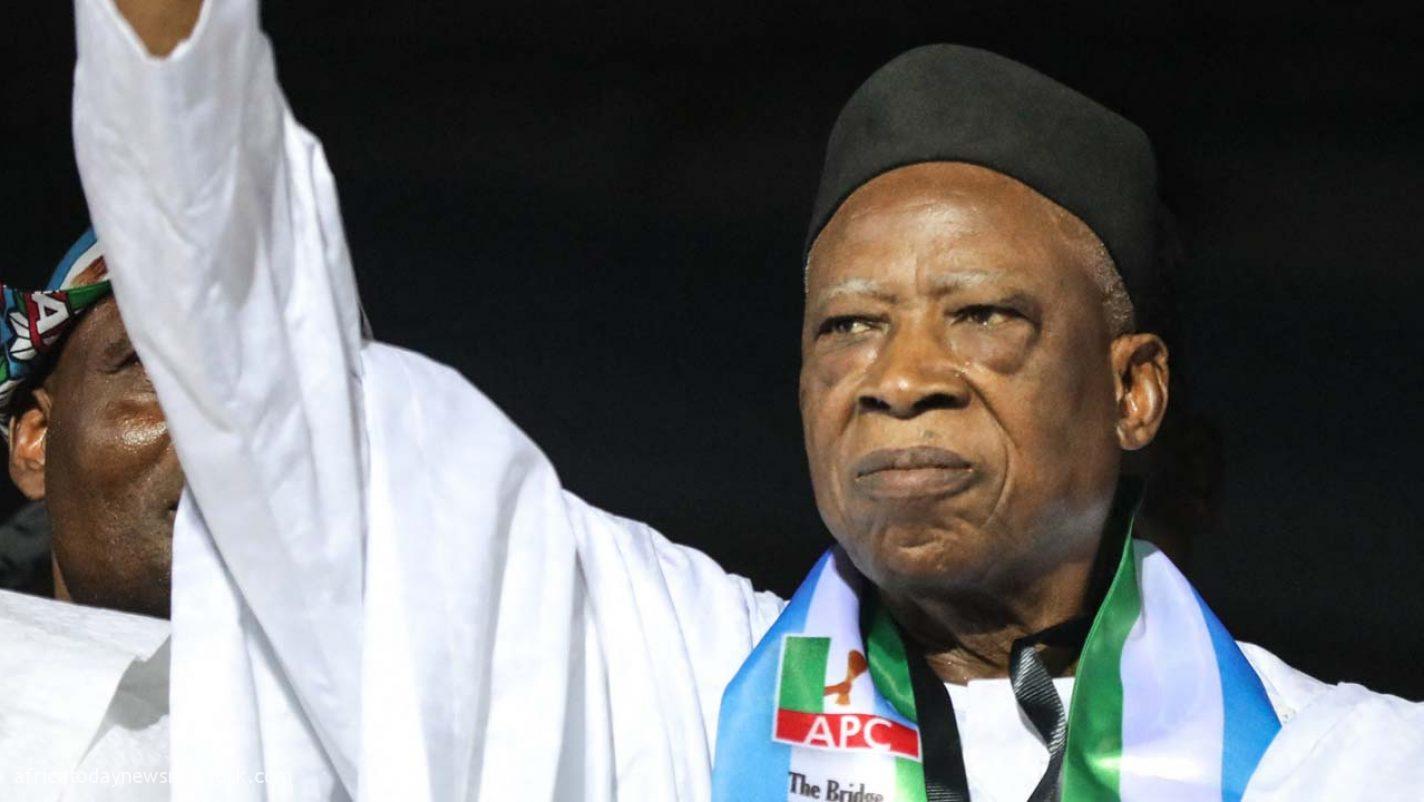 The National Chairman of the All Progressives Congress (APC), Senator Abdullahi Adamu, has expressed serious worries over the proposed use of Bimodal Voter Accreditation System (BVAS) for the 2023 general election.

Adamu expressed his reservation when a delegation for Commonwealth on the 2023 General Election paid a courtesy visit to the party secretariat in Abuja on Wednesday.

The APC chairman’s fear is coming barely 48 hours after the Independent National Electoral Commission says it is “constitutionally and legally impossible” to resume the continuous voters’ registration exercise.

INEC’s stance was the fallout of an Abuja Federal High Court’s refusal to grant the prayer of four plaintiffs who sued the commission for discontinuing the voter registration exercise on July 31.

However, on Wednesday, Adamu disclosed that he doubted if the introduction of BVAS for transmission of elections in real time would produce a fair result for the nation in the 2023 elections.

Read Also: I Doubt If APC Will Survive After 2023 Elections – Atiku

According to him, Nigeria does not cut the image of a nation that is ready and prepared to take the risk of deploying such technology for use in an election.

The former Nasarawa governor, however, disclosed that unless INEC was prepared to assure the ruling party and Nigerians that they were 100 percent ready, its proposed use of the technology would be shrouded in doubt.

He said, ‘First, I was privileged to serve as a senator. But our concern is how ready are we to deploy some of these technologies as regards transmission because we are taking a major step in transmitting election results in real time.

‘To transmit results, every part of the nation – Nigeria, I’m not sure that the network covers it, I know that even in parts of Abuja, there is no network and we have from now till February when in substantial parts of the country, there is no electricity.

‘INEC must assure us 100 per cent that as of when due in transmitting results, they are ready because they spoke about recharging batteries. But we heard in previous elections when it says it can’t recharge.’

Adamu’s fear was re-echoed by the party’s National Organising Secretary, Suleiman Argungu, who identified stable power supply as one of the obstacle facing the innovation.

Argungu also used his home state, Kebbi, as an example of an area such technology could experience some hitches.

‘As a rider to what the national chairman just said about INEC transmitting results directly during the coming elections. Apart from the issue of electricity that is unstable, a lot of the villages and communities are bordering other countries, for instance my state, Kebbi was bordering two nations during the previous elections.

‘You can’t get people easily on the network of Nigeria, Glo, MTN, Airtel. If you want to get them, you have to use the number of the other countries to reach them. So, during election, I don’t see how transmission of result will work. I see it coming,’ he said.

Addressing journalists after their meeting, Maleleka explained their mission, saying they were at the APC secretariat on a ‘pre-election assessment’ task.

The Commonwealth secretariat political officer also said that it was a chance for them to meet with all major stakeholders involved in the election.