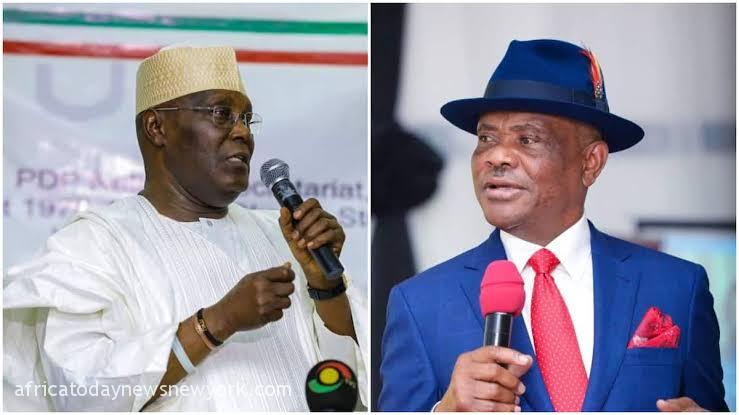 The governor of Rivers State, Nyesom Wike has sent out a warning to the presidential candidate of the Peoples Democratic Party (PDP), Atiku Abubakar asking him to call to order members of the Presidential Campaign Council of the party and stop them from attacking the G5 governors.

Governor Wike cautioned that any further attack on any of the G-5 governors would attract the wrath of the Integrity Group saying that they will not hesitate to strike back.

The Rivers State governor issued this warning on Monday while speaking at the flag-off of the  Indorama-Agbonchia -Ogale-Ebubu-East/West Link Road in Eleme Local Government Area of the State, which was performed by former governor of Ondo State,  Olusegun Mimiko performed the flag-off.

Governor Wike stated that the G5 governors are lovers of peace and they  believe that all party members should embrace peace so that together, they can work to secure electoral victory for the party in the 2023 election.

Read Also: My Successor Will Not Inherit One Naira Debt, Wike Vows

He said: ‘Now, what I want to tell the presidential candidate of PDP is we need peace. We want all of us to be together for the party to win the election. But let me say clearly, if your boys continue to attack the G-5 (governors), continue to attack the leaders of our party, we will strike back. If anybody again dares in the PDP Presidential Campaign Council to insult the PDP governors G-5, insult our leaders of Integrity Group, we’ll fight back. Enough is enough.’

The governor also said it was ludicrous for persons who defected to the All Progressives Congress (APC), and abandoned the PDP at its trying moment, to dictate to him and his associates of what to do in the party.

‘We want peace. All we want is equity, fairness and justice. Nobody should take us for granted. I cannot understand people who just left APC two days ago, two weeks ago, are talking about PDP that we stayed and suffered to build the party. Even if anybody will talk about us not these miscreants.’

Governor Wike described Yakubu Dogara, the former Speaker of the House of Representatives, as a man who cannot stand by his word.

The governor remarked that soon, he would reveal content of discussion both Dogara and Babachir Lawal, the former Secretary to the Federal Government had with him at his residence when they visited.