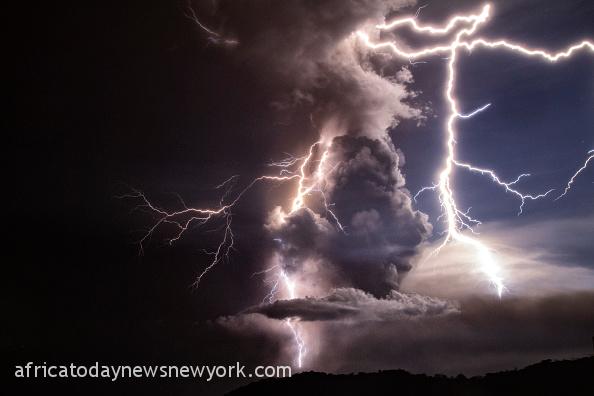 Authorities in the northern Mozambican province of Cabo Delgado have disclosed that lightning strikes have left no fewer than five people and injured seven others at the weekend.

According to district administrator Matias Constantino, who confirmed the fact today, people were hit while watching a recreational football match in Nangande district.

Speaking to state radio in Pemba, Mr. Constantino said that in addition to causing fatalities, the phenomenon damaged the electrical system of the district administration building.

Africa Today News, New York reports that ightening strikes, cyclones, and floods are common in central and northern Mozambique, particularly during the rainy season that runs between October and the end of March.

A fortnight ago, two people were killed and two more were in critical condition on Friday after a lightning strike near the White House the night before, police in the US capital said.

The lightning hit Lafayette Square, a small park across the street from the White House, shortly before 7:00 pm (2300 GMT) Thursday, leaving two men and two women with “critical life-threatening injuries,” according to a statement from Washington’s fire and emergencies department.

All the victims were taken to local hospitals, but on Friday morning the Metropolitan Police confirmed that two of them — 75-year-old Donna Mueller and 76-year-old James Mueller, both from Janesville in Wisconsin — had been pronounced dead.

The other two adults remain in critical condition, police said.

A White House spokeswoman said the Biden administration was “saddened by the tragic loss of life.”

“We are praying for those still fighting for their lives,” added Press Secretary Karine Jean-Pierre in a statement.

US Secret Service and park police rushed to help the four after witnessing the strike, fire and emergency services department spokesman Vito Maggiolo said in a statement posted on social media.

Photos posted by the department on social media showed multiple ambulances and at least one fire truck with flashing lights working at the scene.