Kim Calls For An Increase In N’Korea’s Nuclear Arsenal 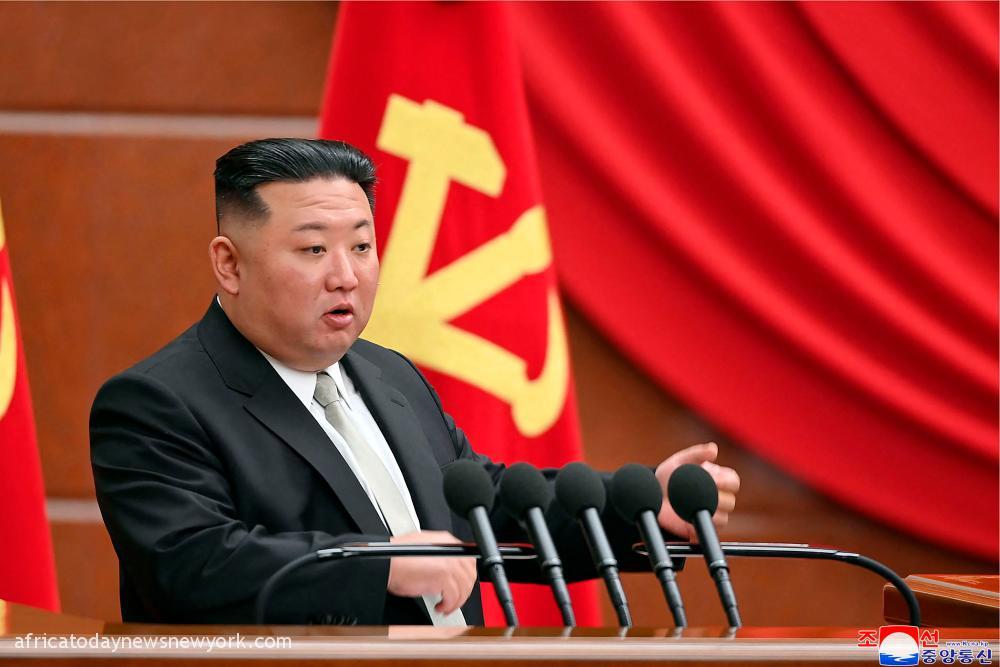 North Korean leader Kim Jong Un has ordered an ‘exponential’ increase in the production of nuclear warheads and ordered the development of a new intercontinental ballistic missile (ICBM) to counter the United States and South Korea.

During his comments at a key meeting of the ruling Worker’s Party, Kim accused Washington and Seoul of carrying out a ‘plot to isolate and stifle’ North Korea, calling it ‘unparalleled in human history’, according to the official Korean Central News Agency (KCNA). He said the situation called for Pyongyang to ‘double down our efforts to strengthen our military power overwhelmingly’ and ‘to safeguard our sovereignty, safety and basic national interest to cope with the dangerous military moves by the US and other hostile forces that target us’, KCNA reported.

‘It highlights the importance and necessity of mass producing tactical nuclear weapons and calls for an exponential increase of the country’s nuclear arsenal,’ Kim said.

He also ordered the manufacturing of a new type of ICBM “with a rapid nuclear counterattack capability as its basic mission,” KCNA said.

The KCNA report came as South Korea’s military said it detected a missile launched from North Korea’s capital region around 2:50am local time on Sunday (17:50 GMT on Saturday). The South Korean Joint Chiefs of Staff said the missile travelled about 400km (250 miles) before falling into the water between the Korean Peninsula and Japan.

The Joint Chiefs of Staff called the launch ‘a grave provocation’ that hurts peace and security on the Korean Peninsula and around the world. It said South Korea closely monitors North Korean moves in coordination with the US and maintains readiness to deal with any provocations.

The US Indo-Pacific Command said in a statement that the launch highlights “the destabilising impact” of North Korea’s unlawful weapons programmes. It said US commitments to defend South Korea and Japan “remain ironclad”.

North Korea test-fired more than 70 missiles last year. Some experts say the country eventually aims to boost its weapons arsenals and increase pressure on its rivals to win concessions such as sanctions relief.

Outside experts categorise weapons fired from the launcher as ballistic missiles because of their trajectories, ranges and other characteristics.