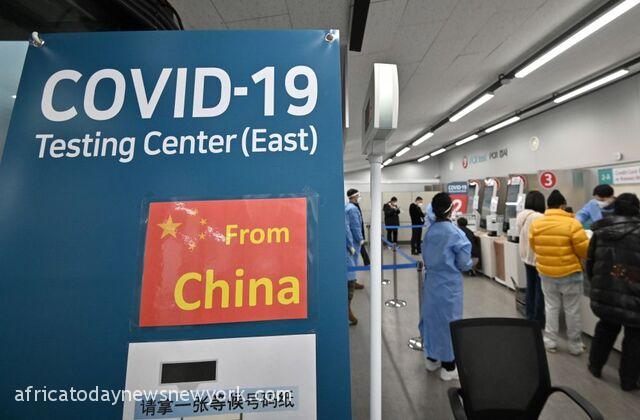 The government of the United States on Tuesday declared that the requirement of COVID-19 tests for travellers from China was based on science and also due to Beijing’s lack of transparency on the rising cases which was becoming worrisome.

Africa Today News, New York reports that China had earlier on Tuesday denounced measures taken by a number of countries on its travellers as “unacceptable,” two days before air passengers, two years and older, would be required to show a negative COVID test to enter the US.

‘This is an approach that is based solely and exclusively on science,’ State Department spokesman Ned Price told reporters when asked about the statement by his Chinese counterpart.

The measures have “very public health concerns that undergird them” due to “the surge of COVID-19 cases in the PRC and the lack of adequate and transparent epidemiological and viral genomic sequence data being reported from the PRC,” Price said, referring to the People’s Republic of China.

Price reiterated that the US was ready to share its COVID-19 vaccines with China, which had heavily promoted overseas its own jabs that international health experts said were less effective.

China has seen a soaring number of COVID illnesses since it abruptly ended a policy of zero cases following rare public protests over sweeping lockdowns.

The lack of transparency surrounding the virus in China, where cases are on the rise, according to American officials, is to blame.

Beijing has stated that the implementation of COVID-19 guidelines should be done “scientifically.”

Although this announcement came before Beijing declared it would loosen its rigid border policy, India is likewise speeding up its preparations for Chinese arrivals.