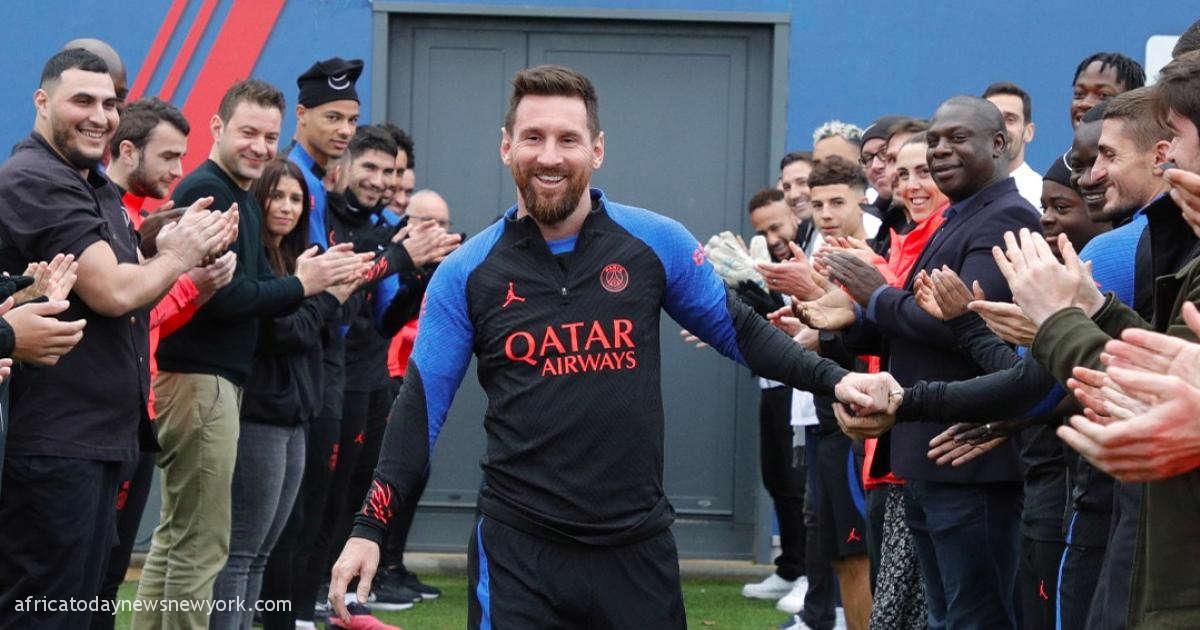 Paris Saint-Germain playmaker, Lionel Messi, has reacted to receiving a guard of honour from his teammates and staff after his return to the club following his triumph at the 2022 FIFA World Cup.

The 35-year-old also won the World Cup Golden Ball award for the best player of the competition.

The former Barcelona captain returned to PSG on Wednesday following an extended break.

Messi was given a warm welcome by his PSG’s teammates and a few of the club’s staff.

Interestingly, Kylian Mbappe was absent when Messi returned, though Neymar was one of the first players to congratulate him.

Messi was flanked by his teammates as he walked onto the training ground for the first time in 2023.

The seven-time Ballon d’Or winner was also awarded a gold trophy with a star and his name on it by PSG sporting director, Luis Campos, to commemorate his FIFA World Cup victory.

He also said that he looked forward to resuming his club campaign with PSG.

Messi wrote, ‘Many thanks to my colleagues and all the people of the club for the welcome they gave me. We’re back and looking forward to continuing to meet the goals of this season, now with the @psg.’

Meanwhile, Barcelona legend, Andres Iniesta, has insisted that Messi’s World Cup win will not settle the debate on who is the greatest ever footballer.

Africa Today News, New York Messi has long been considered among the best of all time.

However, many observers insisted he needed a World Cup title to cement his status alongside the likes of Pele and Diego Maradona.

Iniesta, who played together with Messi for over a decade at Barcelona, has now said the 35-year-old’s standing in the game will always be up for debate despite Argentina’s thrilling win against France on Sunday.