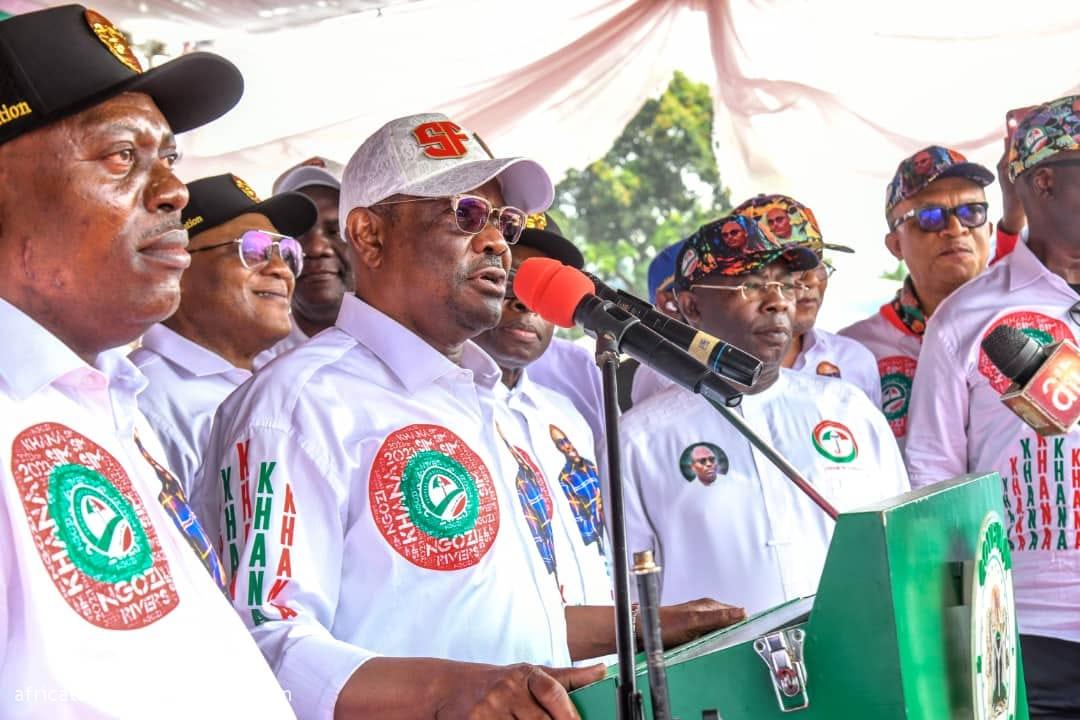 The Governor of Rivers State, Nyesom Wike has flayed the dissolution of the Ekiti State executive committee of the Peoples Democratic Party (PDP) by the Iyorchia Ayu-led National Working Committee (NWC) of the party describing it as an act of tyranny that will be challenged in court.

The governor, who dared the PDP national chairman, Ayu to suspend him or any of the G5 governors, warned that the resort to despotism by the NWC will not do the PDP any good in the forthcoming general elections.

The Rivers governor made this known on Saturday while speaking at the campaign flag-off rally by the State PDP Campaign Council in Bori, Khana Local Government Area.

Wike explained that the reason why the dissolution of the Ekiti State working committee will be challenged in court is because there are still members of the PDP who believe in the rule of law and that the party should respect its constitution.

He stressed that the Ayu led NWC resort to tyranny will do more damage to the PDP as far as the 2023 general elections are concerned.

The Rivers governor dared Ayu to suspend the G5 governors and see if he could withstand the repercussion.

Wike urged the electorate in Khana to vote for the PDP governorship candidate, Siminialayi Fubara, as well as all national and legislative candidates in the 2023 general election in order to consolidate on the achievements of his administration.