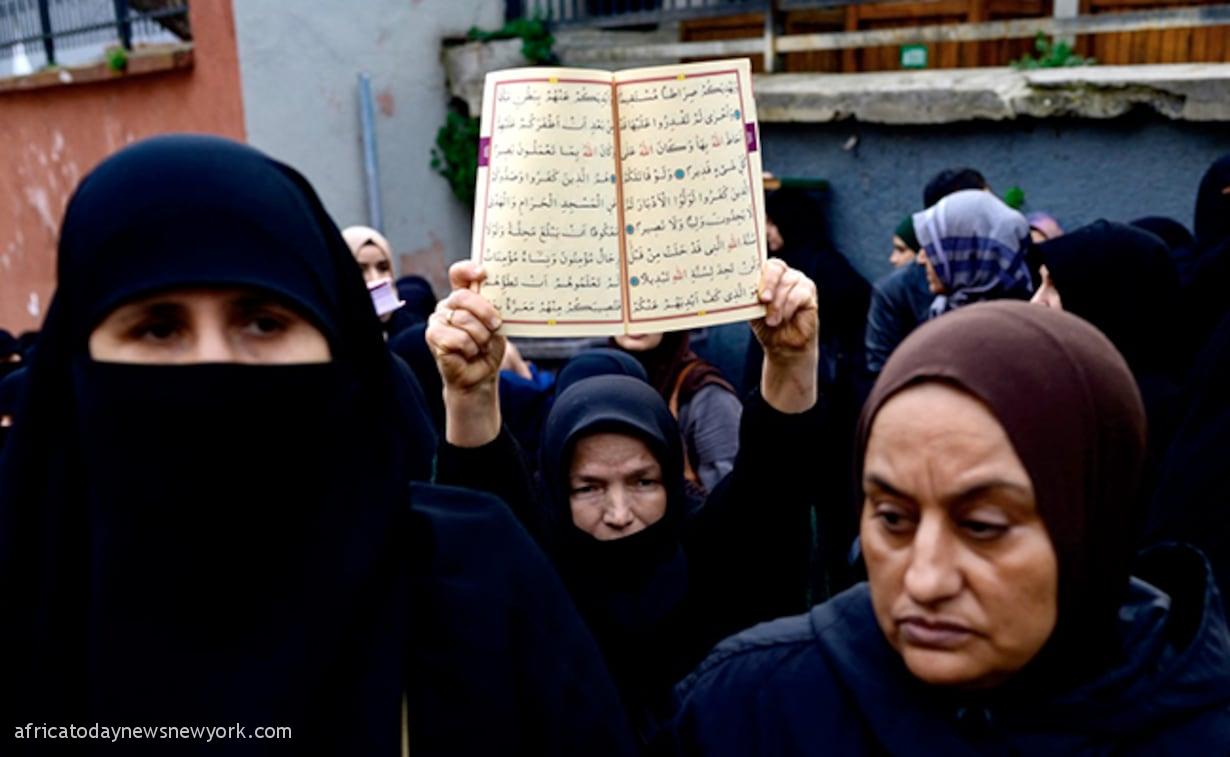 The Prime minister of Sweden has condemned describing ‘deeply disrespectful’ the weekend burning of a Koran in Stockholm, which has raised tensions with Turkey as the Nordic country courts Ankara over its NATO bid.

Africa Today News, New York reports that far-right politician Rasmus Paludan set fire to a copy of the Muslim holy book on Saturday in front of Turkey’s embassy in the Swedish capital.

Furious that Paludan had been permitted by Swedish police to carry out the protest, Ankara cancelled a visit by Sweden’s defence minister and summoned Stockholm’s ambassador.

Late on Sunday, Prime Minister Ulf Kristersson tweeted: ‘Freedom of expression is a fundamental part of democracy. But what is legal is not necessarily appropriate. Burning books that are holy to many is a deeply disrespectful act.”

‘I want to express my sympathy for all Muslims who are offended by what has happened in Stockholm today.’

Sweden’s bid has been stalled amid Ankara’s demands that Stockholm hand over Kurdish activists and prevent rallies attacking Turkey’s leadership.

Many Muslim countries said they were outraged by the burning of the Koran on Saturday.

Morocco said it was ‘astonished’ the authorities had allowed it to take place ‘in front of the Swedish forces of order’.

Indonesia, Saudi Arabia, and the United Arab Emirates also condemned it, as did the Gulf Cooperation Council and the Organisation of Islamic Cooperation.

Jakarta said ‘the act of blasphemy against the holy book has hurt and tarnished religious tolerance’, adding that “freedom of expression must be exercised in a responsible manner”.

Dozens of protesters gathered late Saturday in front of the Swedish consulate in Istanbul, where they burned a Swedish flag and called on Turkey to sever diplomatic ties with Stockholm.

Paludan, a Swedish-Danish activist who has already been convicted for racist abuse, provoked rioting in Sweden last year when he went on a tour of the country and publicly burned copies of the Koran.