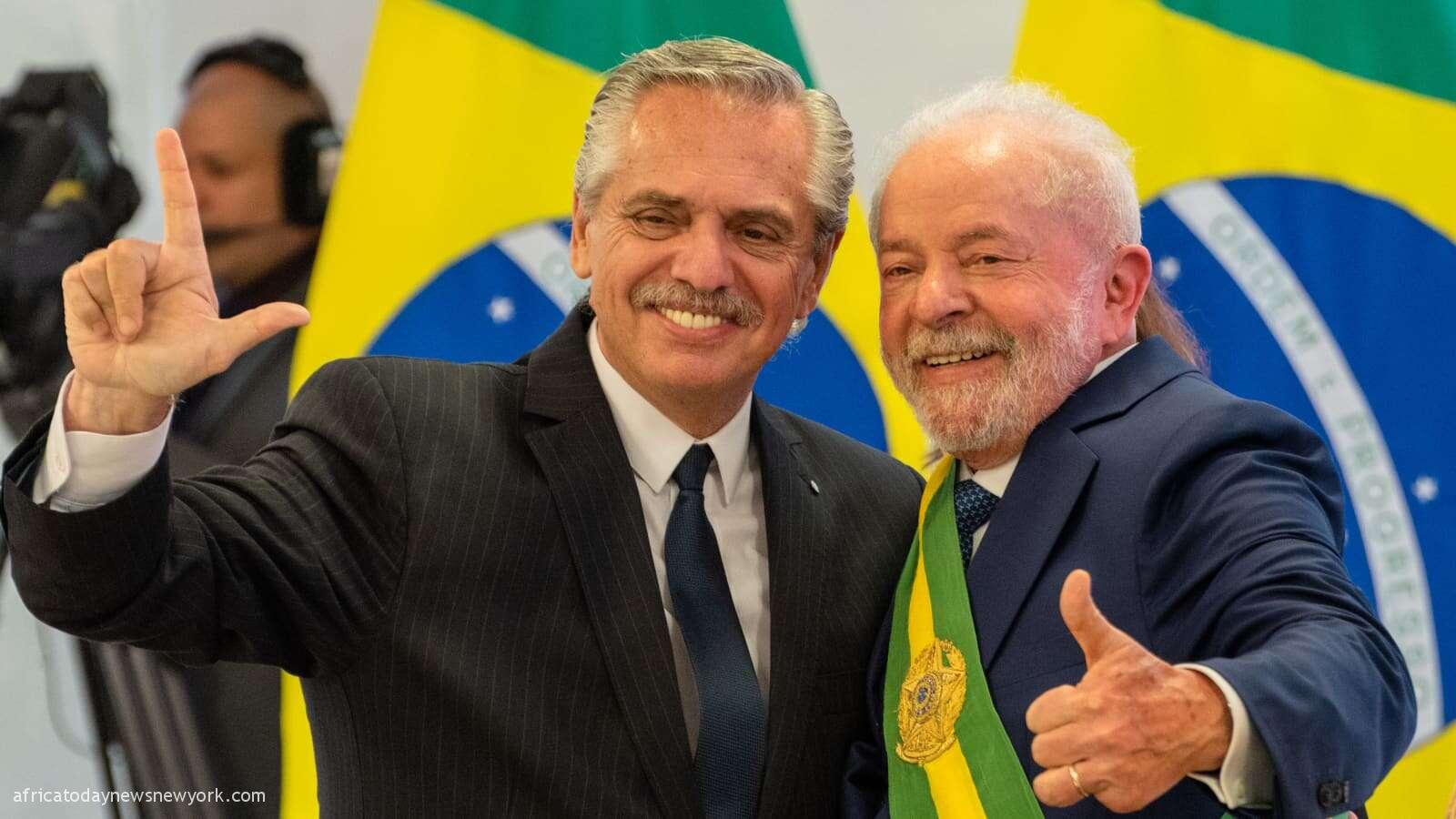 Brazilian and Argentine leaders have officially agreed to work towards greater economic integration, including the development of a common South American currency for the continent.

In a joint statement on the Argentinian website Perfil on Monday which was sighted by Africa Today News, NewYork, Brazilian President Luiz Inacio ‘Lula’ da Silva and Argentinian President Alberto Fernandez said that they intended ‘to break down the barriers to our exchanges, simplify and modernise the rules and encourage the use of local currencies.’

‘We also decided to advance discussions on a common South American currency that can be used for both financial and trade flows, reducing operating costs and our external vulnerability,’ the two leaders wrote.

The idea of a common currency was initially raised in an article written last year by Fernando Haddad and Gabriel Galipolo, now Brazil’s finance minister and his executive secretary respectively.

Lula also raised the prospect of a new Latin American currency on the presidential campaign trail.

Initially, the initiative will focus on reducing dependence on the United States dollar and stimulating regional trade. But subsequently, other Latin American countries will be invited to participate.

If this happens, the new monetary alliance would likely eclipse the population covered by the euro — currently about 341 million.

Argentina and Brazil alone have an aggregate population of about 300 million people.

Brazil, which currently uses the real, has suggested calling the new currency the “sur” (south), a clear nod to more multilateral ambitions.

Argentina’s Economic Minister Sergio Massa told reporters that the South American nations will soon “start studying the parameters needed for a common currency, which includes everything from fiscal issues to the size of the economy and the role of central banks.”

He said this was just a “first step on a long road which Latin America must travel.”

Brazil and Argentina will discuss the plans for the currency at the meeting of the Community of Latin American and Caribbean States in Buenos Aires, which begins today.

The meeting will see the return of Brazil to the Community of Latin American and Caribbean States, which it left in 2019 because former president Jair Bolsonaro objected to the presence of Cuba and Venezuela.

Argentina-based Spanish economist Alfredo Serrano Manc, the director of the Latin American Strategic Centre of Geopolitics, said that “the path is to find mechanisms which substitute the dependence on the dollar.”

He said that now is the moment, given that “there are many governments that are ideologically similar” with left-wing leaders in Latin America.