Africa – The Cradle of Civilization 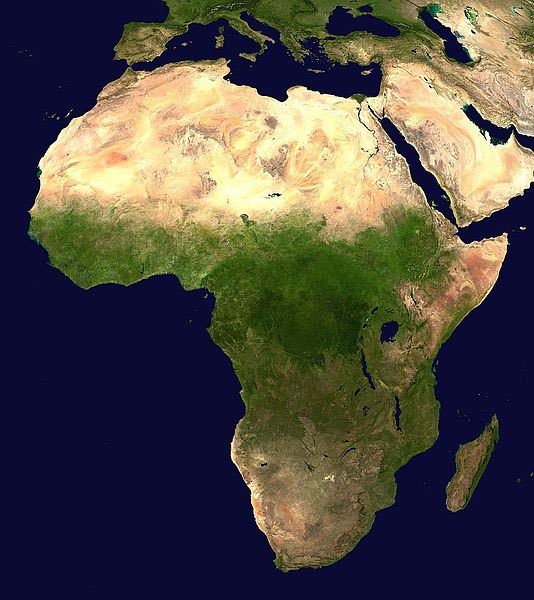 Africa is not just the world’s second largest, and most populous continent, it is also widely accepted as the place of origin of humans.

This is evidenced in the discovery of early hominids and their ancestors such as Australopithecus, Homo habilis, and Homo sapiens.
There were evidence of human occupation in Africa dated 7 million years ago.

Africa has a large diversity of ethnicities, cultures, traditions and languages.
Africa practiced African Traditional Religion before the advent of the colonial masters.

Africa with the Pharaonic civilization of ancient Egypt, is one of the world’s earliest and long lasting civilizations which eventually brought about the rise of literacy.

There were known ironwork in North Africa by the first millennium, which later spread and became commonplace in West Africa.

Pre-colonial had over 10,000 different states and polities that were very organized and had rules.
They include the Bantu speaking people who are found in Central, Southern and Eastern Africa.
There were large kingdoms too like that of the Akan, Edo, Yoruba and Igbo people in West Africa, and the Swahili coastal trading towns of South-East Africa.

There were also dynasties including the Hausa States that stretched from the western region to central Sudan.
There were Ghana, Gao, Kanem-Bornu empire, and the Mali empire.

Africa has arable land and a wide range of wildlife such as Lions, hyenas, cheetahs, elephants, buffaloes, camels, giraffes,snakes, primates, crocodiles, and other amphibians.

Africa has abundant natural resources like diamonds, gold, iron, cobalt, uranium, copper, bauxite, silver, crude oil etc. Though we have largely remained the world’s poorest and most underdeveloped continent due to exploitation by the colonial masters.

The truth is that Africa is still being underreported by the western media.
The only image of Africa they show is that of famine.

Follow us to get the authentic news of our colourful culture, tradition, human, natural, and material resources.