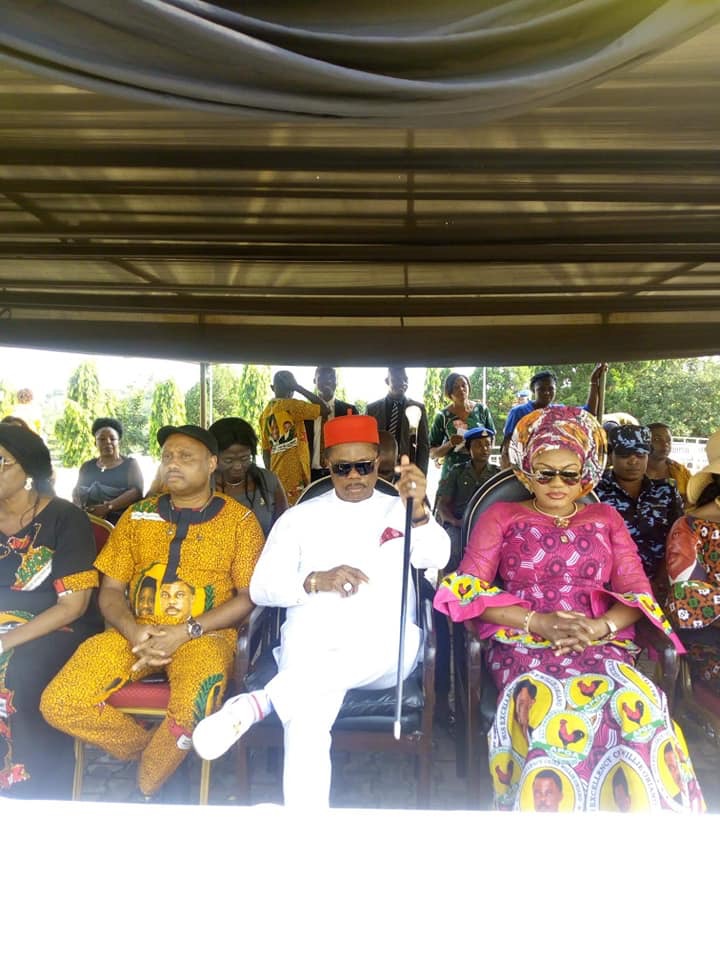 The trouble actually began when the governor invited one of his numerous mistresses to a state function. The governor who was well known to have a soft spot for fair complexioned ladies, got carried away and couldn’t stop lusting after the fair lady publicly as he showered with affection.

In anger, the First Lady, Mrs Ebelechukwu Obiano who was present tongue-lashed and nearly devoured the fair lady, but redirected her attack on the governor when she couldn’t get the lady, and tore his shirt. This show of shame happened in the presence of invited guests at the state house

It’s no longer a secret that the First Lady has a temper problem, and physically abuses people, breaks and damages household equipment at the slightest provocation.

At a time, she slapped a former female senator from Anambra, who didn’t waste time in giving it back to her.

There has also been lots of cases where she physically abused her domestic servants, hitting them with high heeled shoes.