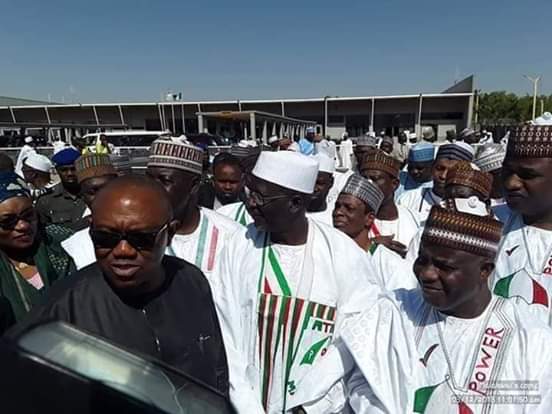 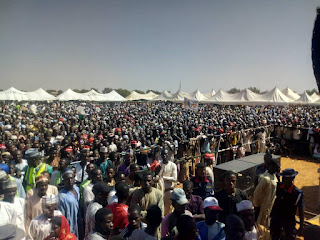 PDP releases Press Statement as regards their campaign flag off in the North-West of Nigeria.

It reads as follows:

The Peoples Democratic Party (PDP) Presidential Campaign Council (PCC) says the mammoth crowd of supporters that received PDP’s Presidential Candidate, Atiku Abubakar, at the North-West Presidential zonal rally in Sokoto, Sokoto State, is a clear demonstration that Nigerians, across the board, have reached a consensus to vote Atiku in as the next president of our country.

The campaign council appreciates and commends the courage and show of patriotism by the people of the North- West in rejecting President Buhari and sectional politics to support Atiku Abubakar, in keeping with the collective quest to unify our nation and revamp our ailing economy.

Atiku Abubakar’s acceptance by the North-West establishes the common feeling among Nigerians that he embodies a practical solution to the myriad of problems brought upon our nation by Muhammadu Buhari’s incompetent, divisive, repressive and insensitive administration.

The massive reception expresses the confidence of the North-West in Atiku Abubakar’s proven pro-poor stance; his standing affinity with the down-trodden and his demonstrated competence, capacity and political will to revamp our economy, end starvation, sectional acrimony, human rights abuse and humongous corruption, which the Buhari administration has unleashed on our nation in the last three and half years.

The PDP campaign council therefore, urges the people of the North-West and Nigerians in general, to continue to stand in unity in their resolution to vote for  Atiku Abubakar as the next President and free our nation from the clutches of his misrule.