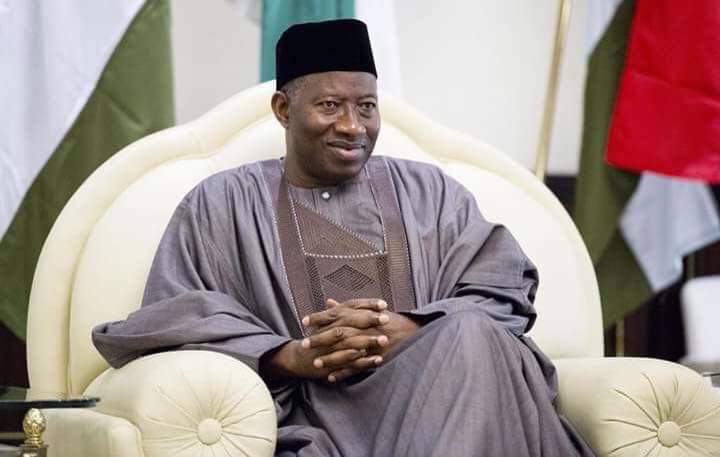 The Former president Goodluck Ebele Jonathan   did not fail, rather he emancipated Nigerians from mental slavery.
GEJ was a divine mandate, and you can ask me why.
The Nigerian system is rigged against the South East and by extension South South. They see the two regions as brothers and will never allow them have power under normal circumstances. That’s why abnormal circumstance was what threw GEJ up as the president of Nigeria. If not that abnormal circumstance, he wouldn’t have been there.
The military guys held sway in Nigeria for so long, and it’s either them or their cronies that will rule Nigeria. They must have to appoint or back you. GEJ broke the protocol and God brought him out.
He neither has a military background, nor was he their crony; that was why they fought him tooth and nail and wrestled power from him.
They surrounded him with their people who had already been groomed in the system to checkmate eventualities like his emergence.
The old guards couldn’t withstand a civilian righting their wrongs. They couldn’t see a nobody liberating the slaves they have ever held down, just out of nowhere.
The hegemonists who owns and allots power in Nigeria couldn’t stomach the fact that a kaffir who had no military background is ruling over them.
The one they hated most was the fact that he was trying to liberate their masses which they have perpetually held down by building Almajiri schools.
To them, he was trying to alter their system and because they abhor change, they had to fight him.

Before the 2015 elections, Nigeria was just a touching distance from what happened in Rwanda in the early ’90s. APC had already formed a parallel government – win or lose.

They were spoiling for destruction and war, but God gave GEJ wisdom to outwit them. Till date, APC is still in destructive and war mode 3 years down the line. Anyone that says ‘No’ to their evil machinations is labelled a ‘looter or thief’ and haunted down.

GEJ saved the lives of millions of Nigerians without many Nigerians noticing it, but the rest of the world knew what happened.
The rest of the world were alread standing aside watching Nigeria go up in flames; because African leaders love to sit tight on power.
I don’t understand the fact that people thought that statement “Dogs and baboons will soak in blood” was a mere lip service. If not for that call, Nigeria would still be like Libya today and still in flames.
If you listen to  his statements and electioneering campaign, he tried to open the eyes of Nigerians by alerting them of the old guard, and urging them to take control of their destiny.
He laid the facts bare, but not many people understood him. The people that never believed and derided him then, have come to realize and are ashamed of themselves now that he has gone.
Take a look at some of his quotes, and compare it with what is happening today. They were indeed prophecies:
“The choice before Nigerians in the coming election is simple: A choice between going forward or going backwards; between FREEDOM and REPRESSION; between a record of visible achievements and beneficial reforms and desperate power seekers with empty promises”
We chose backwards over forward; freedom over repression; empty promises and desperate power seekers over visible achievements and beneficial reforms.
“I am the most abused and insulted president worldwide, but when I leave office you will all remember me for the total freedom you enjoy under my government.”
People were locked up and beaten because they criticized Buhari the emperor.
Remember the young man who named his dog Buhari?
On Mar 31, 2015, Former Nigerian President  Goodluck Jonathan said: “As I have always affirmed, nobody’s ambition is worth the blood of any Nigerian. The unity, stability and progress of our dear country is more important than anything else.”
When you look at the rate of killings and bloodshed since Buhari came to power, the carnage the herdsmen spill today, and the body language of Buhari,then you be the judge.
Goodluck Jonathan did n’t blame the previous administrations for his trouble; He invited and worked with the best brains, that’s why he grew our economy and we became the best.
Nigeria flourished under him!
I have never really found a word to define this man called GEJ!
He demystified Nigerian and African sit tight politics.
He worked silently and achieved a whole lot without noise.
He transformed Nigeria but a lot of people didn’t see it till he left.
He can stand toe to toe with any world leader, not like the dummy we have today called Buhari.