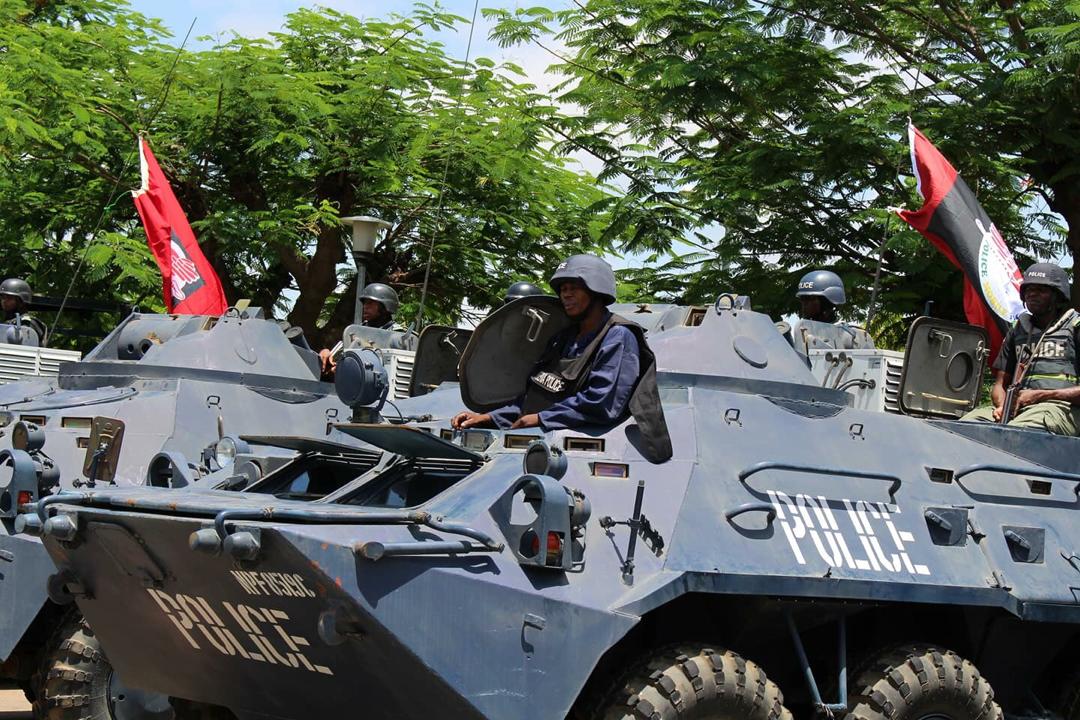 The Nigeria Police join the Nigeria Army in the fight against Boko Haram. Below is a statement issued by the organization:

The Inspector General of Police has deployed additional Two Thousand (2000) Police Mobile Force (PMF) and Counter Terrorism Units (CTU) Personnel of the Force and the Sniffer Dog Sections to the North East in the last few days for purely Military Duties to fight Boko Haram insurgency under the Operation Lafiya Dole.

2. This new deployment is consistent with Section 4 of the Police Act and Regulations which specifies the general duties of the Nigeria Police Force as follows: The police shall be employed for the prevention and detection of crime, the apprehension of offenders, the preservation of law and order, the protection of life and property and the due enforcement of all laws and regulations with which they are directly charged, and shall perform such military duties within or outside Nigeria as may be required of them by or under the authority of this or any other Act.

The deployment is also to support the strength of the Military to defeat the Boko Haram Insurgency.

iv. The Counter Terrorism Units of the Force has deployments of over One Thousand, Two Hundred and Fifty (1,250) specially trained Counter Terrorism Police personnel. The Police Anti-Bomb Squad has about Three Hundred (300) personnel while over Hundred Sniffer Dogs are working with the Military in the fight against Insurgency in the North East.

4. It is of significant note that the Police Mobile Force (PMF) Personnel, Counter Terrorism Units (CTU), Anti-Bomb Squad (EOD), Sniffer Dog Sections, the Federal Anti-Robbery Squad (FSARS) and conventional Police personnel have being fighting along with the Military in the front line against Boko Haram insurgency and also providing security for restoration of law and order in the North East, security for all the liberated towns and villages in the North-East, escort of Foreign and Local Humanitarian workers and relief materials, protection of IDP camps and security of public and private infrastructures.

ii. The Police Air-wing Surveillance Helicopters and crews are also deployed to support most of the operations of Operation Lafiya Dole throughout the North East in the fight against insurgency in the North East.

5. The Nigeria Police Force is fully committed to the fight against insurgency and will do all it takes in collaboration with the Military to bring a quick end to Boko Haram insurgency and crisis in the Nor​th East.