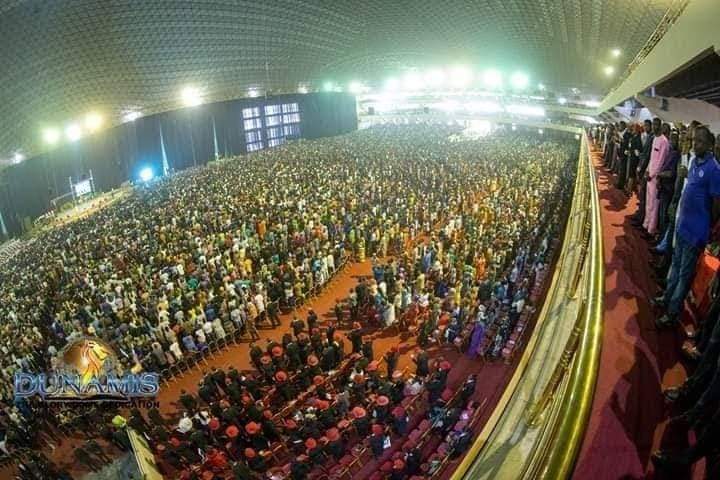 God is universal and does not reside in a particular religion alone. Every tongue (Language) on earth has a particular name they call God.

Religion is a collection of cultural systems, beliefs and world views that establish symbols that relate humanity to spirituality and, sometimes, to moral values.

Simply put, Religion is just a gathering  of people who hold the same beliefs and  chose to worship God in a particular way.

Most religions have narratives, symbols, traditions and sacred histories that are intended to give meaning to life or to explain the origin of life or the universe. They tend to derive morality, ethics, religious laws, or a preferred lifestyle from their ideas about the cosmos and human nature.

Most religions have organized behaviours , including  clerical hierarchies, a definition of what constitutes adherence or membership, congregations of laity, regular meetings or services for the purposes of veneration of a deity or for prayer, holy places (either natural or architectural) or religious texts.

Certain religions also have a sacred language often used in liturgical services. The practice of a religion may also include sermons, commemoration of the activities of a God or gods, sacrifices, festivals, feasts, trance, initiations, funerals, marriages, meditation, music, art, dance, public service or other aspects of human culture.

Religious beliefs have also been used to explain parapsychological phenomena such as out-of-body experiences, near-death experiences and reincarnation, along with many other paranormal experiences.

No one can conveniently give a simple definition of religion because it’s so vast, and will definitely go philosophical and theological for a better understanding.

I would like to give a very simple explanation of religion devoid of philosophy and theology just for the purpose of this particular write up.

There are more than four thousand religions of the world. These religions are further divided into denominations, Faith bodies, movements, and congregations.

They are all of different sizes and wield a lot of influence over the adherents. These religions can’t be mentioned here for the want of space and time; just few will be touched.

Most religions  acknowledge the supremacy of the Almighty God, but through various prophets, except atheism and the likes.

Christians believe in God, but posit that the surest way to get to God is through Jesus Christ, who is the son of God. They believe in his teachings as contained in their holy book called Bible.

African Traditional religion (or traditional beliefs and practices of African people) are highly diverse and include various ethnic religions.

Generally, these traditions are oral rather than scriptural, include belief in a supreme creator, belief in spirits, veneration of the dead, use of magic and traditional medicine. The role of humanity is generally seen as one of harmonising nature with the supernatural.

Rastafarians believe in God, and they use a lot of verses in the Bible and see marijuana as sacrament and holy object.

Judaism is a monotheistic religion based primarily on the covenant between God and Abraham. It’s about the oldest religion and Christianity came from it. It’s holy book is the Torah.

Most of the things people call cults today are actually religions, but for the fact that they are not adherents, they see them as cults and even pray against them.

The underlying reason for this write up is to enable people understand that no religion owns God, and that religion doesn’t lead people to heaven, but good deeds do.

Nigerian constitution guarantees freedom of worship and everyone should mind his own religion and allow others to worship God in ways they deem fit.

Religious tolerance is very important, not the reoccurring situations where Christians burn down the shrines of traditionalists, and where Muslims wage a holy war and kill off people who do not accept their beliefs.

Happy Sunday to you all!