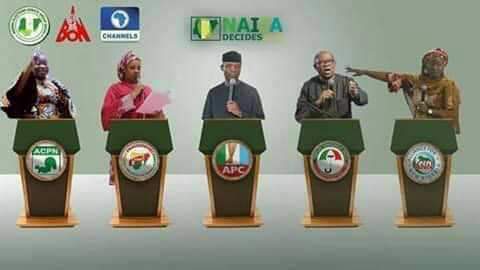 After the PDP Vice Presidential candidate Peter Obi decimated Vice President Osinbajo at the debate, the APC and Buhari Media Centre have been looking for possible ways to cover the shameful outing, but have found none.

They tried quoting Obi out of context, but the masses rose to the challenge and put them back in their places.

The latest in the series of efforts to turn back the hand of time and make Osinbajo win the debates, Premium Times have canceled their online polls, because Peter Obi won in all of them.

The funny part of the whole charade is that when Osinbajo was leading in the online polls, Premium Times never considered cancellation of the polls because other candidates were not listed; but once Peter Obi started leading and 2 hours to the end of it, they suddenly realized and canceled it.

The truth is that even if Buhari and the APC buy up all the media houses, they can’t shut down the social media, and the truth there off.

APC and Buhari Media Centre can’t turn back the hands of time.

Even if the debate is organized again, Obi will still beat Osinbajo hands down.