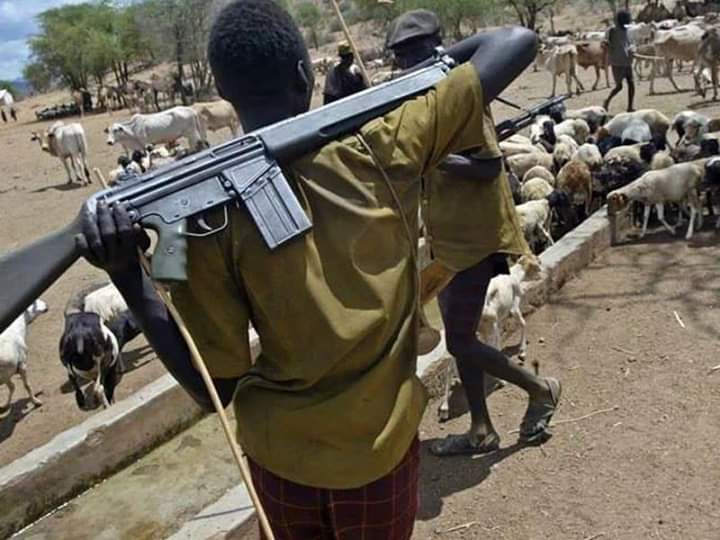 A group suspected to be Fulani Herdsmen have abducted eight travellers in Ondo State on Sunday.

Amongst those abducted are two civil servants employed by  the Ondo State Government, who were travelling from Owo to Akure during the weekend after a weeding celebration.

They include: Ayewunmi Ogunsemore of the Forestry Department of the Ministry of Agriculture and Bunmi Falodun, a civil servant with the FADAMA programme.

It was reliably gathered that the victims were kidnapped within the terrible area of the Owo-Ose-Akoko road.

Some sources confirmed the incident to journalists in Akure, stating that many travellers, including children whose parents were driving through the Ogbese and Ilu-Abo road on the Akure-Owo road, were kidnapped.

The kidnappers also raided some vehicles and their passengers and made away with their belongings.

Rahman Abubakri, a Senior Lecturer at the Mass Communication Department of the Rufus Giwa Polytechnic Owo (RUGIPO), who narrowly escaped being kidnapped by the gunmen ,confirmed the incident in a post on social media.

Abubakri revealed that another lecturer from Marketing Department of the polytechnic fell victim of the kidnappers who dragged him and the others into the dreaded forest.

“Around 5:20pm on Saturday evening, I narrowly escaped being kidnapped around Ilu-Abo on my way to Akure after a wedding ceremony which I attended at Omuo Ekiti. Nigerians are under siege. I saw the Fulani shooting sporadically from a distance. The bushes and thick forests we don’t care to go into have been well-studied by these Fulanis. Unfortunately, some kids were taken away by the kidnappers,” he said.

“Almost the same time, a lecturer of the Department of Marketing, Rufus Giwa Polytechnic, Owo was kidnapped by the same Fulani herdsmen between Ipele and Owo Road. Another kidnapping took place at Oba Akoko. Three persons fell victim as they were taken away into the bush. My colleagues missed being kidnapped on Friday evening.”

“Yes, it is true but we are on top of the situation as the Commissioner of Police has dispatched our men to the bushes around the incident of the zones in order to rescue those who have been kidnapped,” he said.

“So, I can assure you that justice would surely be done to those who are behind these evil acts and those who might have been responsible, we shall bring them to justice.”