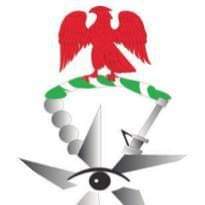 Extortion by customs officers on the road to the Eastern part of Nigeria has been a persistent problem.

It worsens during the Christmas period as these men usually raise the bar of extortion taking advantage of the season.

They go to the extent of collecting bribes from passengers on bags of foreign rice they are taking home for the Yuletide.

This Sunday morning, 16th December 2018, We counted over 20 customs posts on the said road.

In a place that suppose to be one post, they divide themselves into 5 places, collecting N1,000 per fairly used vehicles that have complete papers.

Custom officials call it O.D (money for officer on duty)They collect between N20,000 to 50,000 for those without necessary clearance papers. Okechukwu E. a custom official, insisting the driver should give him N2,000 instead of N1,000 because he was also carrying loads.

Even after he showed him the receipt of the goods bought, he insisted.

Help stop customs brutality and draw the attention of the federal government of Nigeria by making this information go viral.