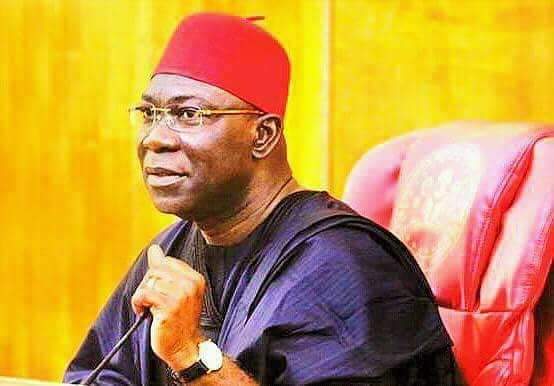 The Deputy Senate President Ike Ekweremmadu has debunked the allegation that he is on the travel ban list of the federal government of Nigeria as widely reported in the media.

A release yesterday issued by Ekweremadu’s Special Adviser, Media, Uche Anichukwu, read, “ the attention of the Office of the Deputy President of the Senate has been drawn to a misleading report by a national newspaper that Senator Ike Ekweremadu has been barred from traveling out of the country on the request of the Special Presidential Investigative Panel on the Recovery of Public Property. “For purpose of clarification and emphasis, the Office wishes to restate that Ekweremadu is not in court with the panel or any other government agency over any corruption case. He was rather sued by the SPIP on the grounds that he, in the Panel’s words, allegedly “neglected to declare” his assets “in the manner prescribed by the Special Presidential Investigation Panel for the Recovery of Public Property”.