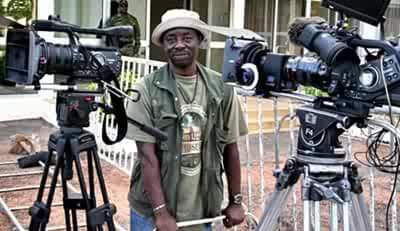 Veteran film maker, Tunde Kelani has resigned his appointment with the National Film and Video Censors Board, Nigeria.

This was made known a couple of days in a letter stating his withdrawal of services as chairman of the organization.

Citing “Contradictory mentality,” as part of the reasons for his decision.

It reads as follows :

I wish to announce to you my resignation as Chairman and Member of the National Film and Video Censors Board (NFVCB).

Within the last few months, I have found out that my life and career do not fit into this type of structure as presently constituted which cannot recognise its tasks talk less of trying to fulfil it.

I have also discovered that within the short tenure, that meaningful change is not possible within this large group as constituted (52 in number).

My entire life and career have never witnessed the contradictory mentality that is within the board which has made it impossible to make an attempt on the task for which we were constituted.

As you know, I am not used to this type of negative behavioural manifestations.

Therefore, I have decided to quit now with my name and reputation intact.

I need to spend my time and energy on productive, developmental, cultural, social and meaningful projects without unnecessary distractions.

Meanwhile, I wish to thank you for your kind support, morally and financially throughout my life and career. God bless you all.”