Jagaban:The Overt Owner of Lagos 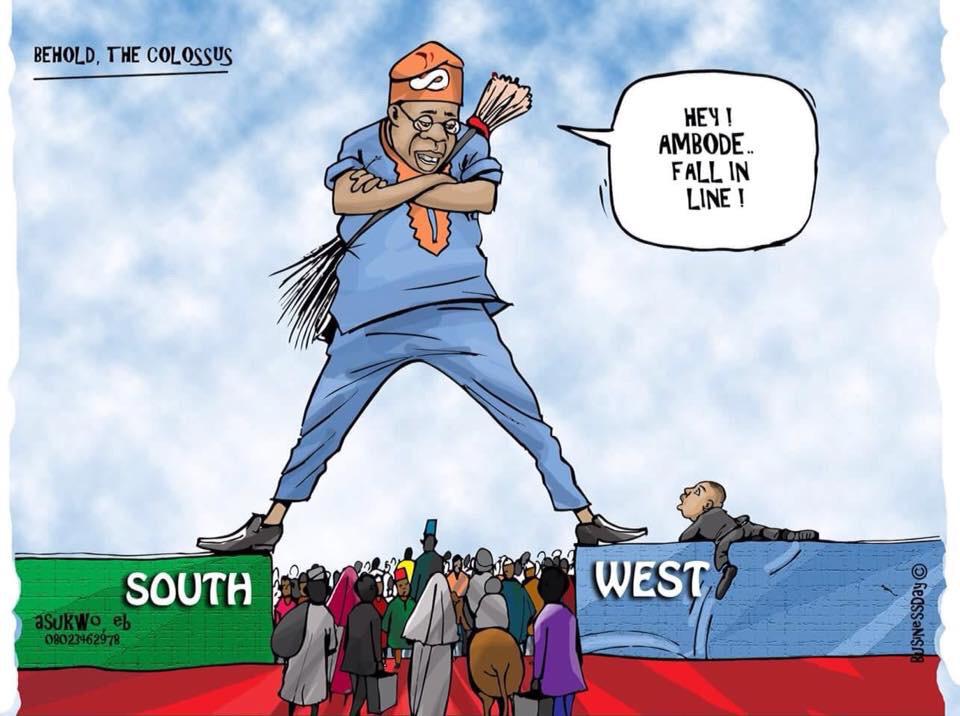 In Tinubu, you will find out that the problem of Nigeria is not all tied to leadership, but that followership has contributed immensely.

Tinubu’s political sagacity and doggedness are not in question, but allowing him to be hand picking who governs a state as big as Lagos, leaves much to be desired.

Not that he picks his candidates on the basis of competence, but on the basis of who protects his interests better and at the detriment of the masses, yet the people clap for him.

Isn’t it funny that a man who supports a total failure like Buhari, sees Ambode as failure?

Isn’t it strange that his followers see him as businessman, while they see the likes of Atiku, Fayose and others as corrupt?

Isn’t it disgusting that Tinubu has been milking the resources of Lagos since 1999 he became governor of the state at the expense of the masses, up till now, and some people see it as his right to loot the common patrimony of the people?

His company Alpha Beta was fingered in a 100 billion Naira( about $275 million USD) scam, yet nothing happened.
Imagine what would have happened if it was a member of the PDP that owned the company.

If Ambode had balls, he would work closely with the PDP or any other strong opposition to clip Tinubu’s  wings, but he is too lily livered to think about that.

Until Tinubu is dislodged, he remains the The Overt Owner of Lagos State and people will continue to sing his praises while they suffer.