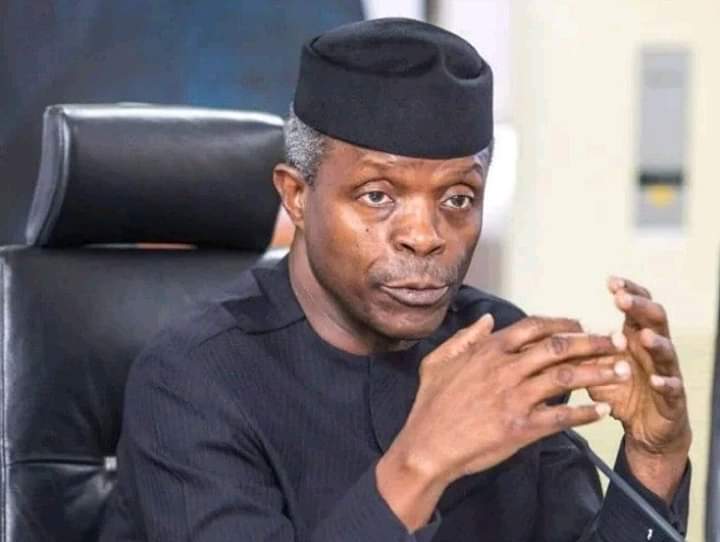 Vice President Yemi Osinbajo on Saturday said his kinsmen, the ethnic Yoruba, are those who will determine if a Yoruba person succeeds President Muhammadu Buhari in 2023 — that is if Mr Buhari gets a second term.

Professor Osinbajo appealed to ethnic sentiments as he met the Alaafin of Oyo in Ibadan, urging the Yoruba to work for the success of Mr Buhari in 2019.

He argued that it would take a long time for a Yoruba person to get the Presidency if Mr Buhari fails to return in 2019.

The vice president who spoke at the palace of the Alaafin, Lamidi Adeyemi 111, said Mr Buhari has performed well and deserves another term in the office.

At the palace with the vice president were Governor Abiola Ajimobi of Oyo State; governorship candidate of the All Progressives Congress in Oyo, Adebayo Adelabu; former Senate leader, Teslim Folarin; and Akeem Adeyemi, who represent Atiba/ Afijio/Oyo East/Oyo West in the House of Representatives.

Professor Osinbajo said he was at the palace to pay homage to the monarch and receive his advice.

In his words, the Vice President said:

“It is good to pay homage to the palace. I greet you the king, I greet the Alaafin of Oyo and other traditional rulers here present. Anytime I come to the Kabiesi either here or in Abuja, I say it is home coming,”

He said Mr Buhari had proven to be a man with zero tolerance for corruption. He described corruption as one of Nigeria’s major problems.

“What I know about Buhari is that he is an honest man. What he says he will do, he will do it,”

He urged the people of the southwest not to return the Peoples Democratic Party (PDP), saying Mr Buhari had laid a foundation to put Nigeria on the right path.

“Now, they are regrouping. These are the people that have ruled for 16 years and they say they want to come back again. They are corrupt. Though, it is still difficult because no man or woman can build a house without a foundation.”

Oba Adeyemi earlier in his address described Professor Osinbajo as a cerebral lawyer who has excelled in his profession.

He said, “He is a good lawyer, the case he instituted on behalf of Lagos state when the federal government withheld the local government allocations in Lagos state during Obasanjo regime, he won the case. And it was Yar’adua that paid the money to Lagos State. The load you are carrying is big, Nigeria is the most populous country in Africa, you will succeed.”