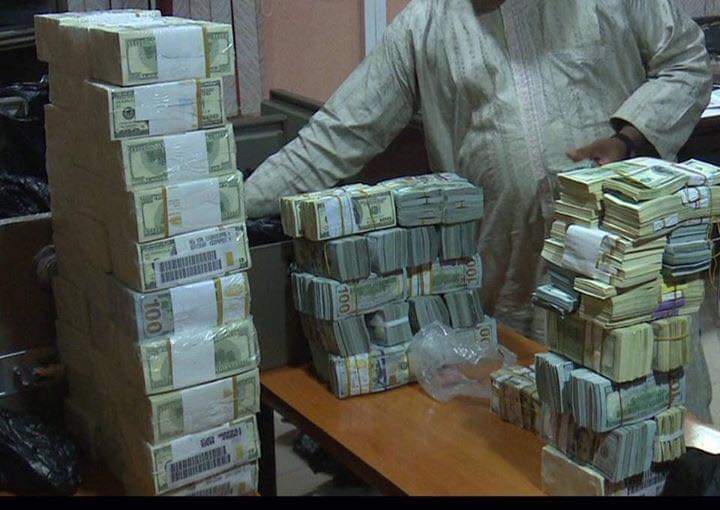 The Economic and Financial Crimes Commission, EFCC, Enugu Zonal Office, on Monday said it has filed a motion for interim forfeiture of $2.8million confiscated by the agency before a Federal High Court, Enugu state.

A statement by the agency said it also filed alongside the motion an affidavit of urgency for the matter to be heard on December 27, before a vacation Judge in Port Harcourt.

The Commission on Thursday announced the confiscation of the money from officials of a cash-in-transit form, Bankers Warehouse.
EFCC claimed it intercepted the money at the Akanu Ibiam International Airport, Enugu, after receiving “Intelligence”.

The anti-graft agency claimed in its statement Monday that the suspects had “confessed” during interrogation that they had been in the business of moving cash for ‘some notable banks’, for over six years and were in the process of doing same for Union Bank Plc, located at New Market, Onitsha, Anambra State, before their arrest.

“They allegedly worked for a company: Bankers Warehouse,” the statement claimed.

Bankers Warehouse in a swift reply said the agency’s actions constituted threat to its operations and lives of its employees.

It called on the Central Bank of Nigeria to intervene.

On Monday, the EFCC claimed that the firm and the concerned bank, Union Bank, have however not come forward to any of its offices to reclaim the confiscated money.

“At the time of filing this report,” it said in its statement, “The alleged owner of the money (Union bank) had not made any physical presence in any of the Commission’s offices, including the Enugu office, to establish their claim.”

The EFCC added that efforts were being made to secure warrant for the detention of the suspects pending when they will be charged to court.

“The warrant is consequent upon the refusal of the Bank or any of the relatives to come for the release of the suspects,” Tony Orilade, EFCC’s Head of Media & Publicity, said.