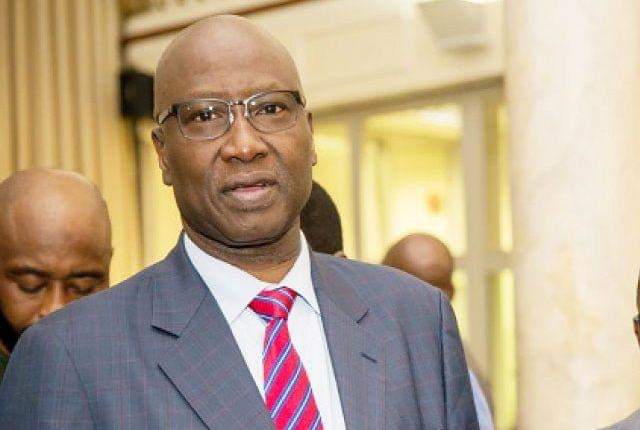 Photo: Mustapha
The Secretary to the Government of the Federation (SGF), Mr Boss Mustapha has received the report of the Presidential Independent Fact-Finding Panel on National Health Insurance Scheme (NHIS).
He received the report on Monday in Abuja.
It will be recalled that  a seven-member panel was inaugurated in November to investigate the allegations in the  NHIS which had led to the suspension of its Executive Secretary, Prof. Usman Yusuf.
According to the SGF, the government’s decision and recommendations of the panel will be made public at the appropriate time.
Mustapha said that NHIS is critical in enabling government deliver on its promise of qualitative and affordable health care to Nigerians.
In his remarks, the Chairman of the Panel, Dr Bukar Hassan, said the report contained a set of recommendations that could be considered for short, medium and long term implementation.
Hassan called for urgent attention to the key recommendations.
He explained that in the course of the work, the panel had to interface with stakeholders including the Minister of Health, the Permanent Secretary, Chairman of Governing council, Unions, the National Assembly, among others.