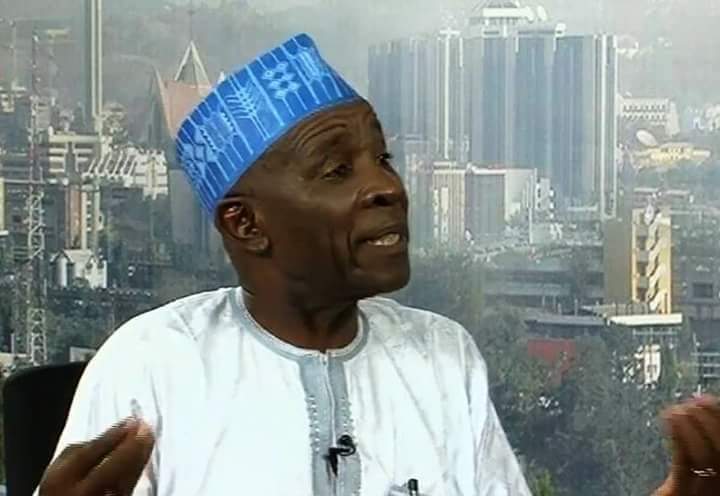 While reacting to questions regarding the President’s refusal to assent to the electoral bill, Galadima said that the “Flimsy” excuses upon which the bill was turned down, does not show any integrity.

Galadima alleged that some of the President’s relatives who were poor prior to the regime change in 2015 have suddenly become multibillionaires.

The Elder Statesman who was a guest on Channels Televisions’ Sunrise Daily on Wednesday, claimed that some very poor persons related to Buhari have become owners of choice houses in Daura, Katsina state, the President’s hometown.

He said “I can’t see any integrity whatsoever on the side of Mr. President.

“Which integrity? Somebody who condones corrupt people around him.

“We know of his relatives who took N2,000 transport money from us to go to Kaduna.

“I can show anybody that wants to know. So, the issue of integrity with this government is not an issue.

“Go to Daura GRA. When you go there, all the houses that make you feel as if you are in Dubai, London or Beirut were built by whom? To whom do those properties belong?

“So, please, I don’t want any All Progressives Congressman to talk to me about integrity.

“This should be the last time anybody engaging me in a debate would talk about integrity; I will take them to the marketplace.”

Reacting to the claims by the Elder statesman, Senator Ayodele Arise said President Buhari is a man of his word and a politician who Nigerians have come to love.

He said, “Everybody in this country is routing for Buhari because of his antecedence and because of his uprightness.” Adding that, “It is not that he is a perfect man but people are trying to disabuse our minds”.

Speaking about the peace accord which was recently signed by all presidential candidates taking part in next year’s election, Arise said the APC will not be a party to disruptions of the elections regardless of the outcome.

Faulting the amendment process of the Electoral Act, Arise said, “If the President says, “I will allow a free and fair election,”there is the propensity for people to trust him more than the other candidates in this country who are currently running, because, he has demonstrated it times without number that he has integrity.

“For me, that is what I see in the President and that is why I am one of the strongest supporters and believers in him.”

Speaking on the APC’s chances in 2019, Arise said there is no metric by which any candidate currently running for the presidency can defeat President Muhammadu Buhari.