Atiku Slams Buhari: Asks him to account for his family shares in Etisalat Nigeria and Keystone Bank 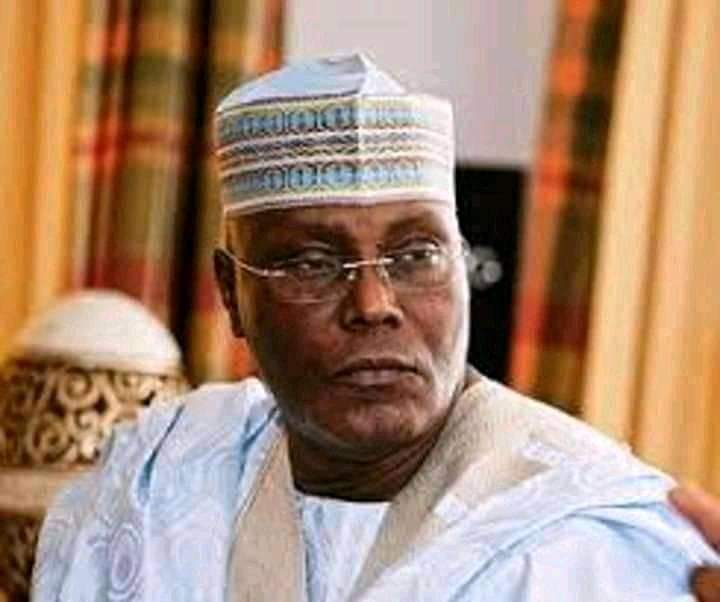 Atiku, in a statement yesterday by his Special Assistant on Public Communication, Phrank Shaibu, said: “Such a probe was necessary in view of reports that members of President Muhammadu Buhari’s family now own substantial share in Etisalat Nigeria which has an estimated $2bn of its estimated $20bn global net worth.”

Atiku said he was shocked by, “Reports from unimpeachable sources that the first family now plays big in the nation’s financial sector after acquiring mouth-watering shares in Keystone Bank with total assets of $1.916bn as well as purchasing about ₦3bn worth of shares in the new Pakistani Islamic Bank.

“I know that last week was turbulent for President Buhari and I apologize for adding to his woes, but he is insisting on the myth that he is spotless and anti-corrupt.”

“If this is found to be true, this scandal would break every rule of corporate and public governance, since this will be the first time members of the first family will be openly involved in a once-in-a-lifetime deal that would make them all richer beyond their wildest dreams.”

“Atiku, however, advised President Buhari, “To shun the use of state resources and machinery for the upcoming 2019 presidential poll.”

“The other day, a man who scored 15,424,921 votes to win the 2015 general election was reported to have been nominated by 14 million APC members at the presidential primaries for 2019.”

“Now, over 12 million farmers have donated to his campaign.”

“Are they indirectly spewing out outrageous figures of people they intend to claim voted for them in the coming elections?”

“Could that be why the President was flashing an occult double four hand signal that has gone viral?”

“What did the hand signal mean? Does it mean that the President has jettisoned the idea of a free and fair election and telling Nigerians that no matter how they vote, he will return for a second term of four years?”

“In any case, if the farmers who just took a loan through the borrowers anchor programme and have not liquidated the facility can donate this huge sum or any sum for that matter, it means the ‘Association of widows and children of all those slain by Boko Haram and herdsmen will donate N5billion to the Buhari campaign.”

“In fact, the 23.1 million youth who lost their jobs between 2016 till date will donate about N12billion to the Buhari campaign.”

“Assuming but not even conceding that such a huge sum of money was donated to President Buhari by Nigerian farmers as his handlers would want Nigerians to believe, wouldn’t such donation be in contravention of Section 91 (9) of the Electoral Act 2010 (as amended) which says no individual or other entity shall donate more than N1m to an aspirant or a candidate,” he said.