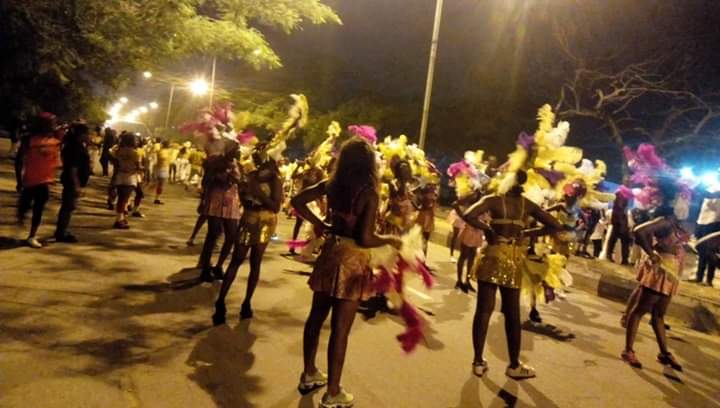 At least, 25 states of the federation have so far graced the 2018 Calabar Cultural Carnival which began in Calabar on Wednesday, Cross Rivers state.

Speaking at the inauguration of the event, the Governor of the state, Prof. Ben Ayade, said the 2018 carnival, with the theme: “Africanism”, would be used to tell the African story.

Ayade said that Africa was not about poverty, adding that the “Organisers, in conjunction with writers like Wole Soyinka and Ngugi Wa-Thiongo must tell the African story from our own perspective.”

”Why should Africa wait for the Western world to tell its story and show its own heritage?

”When I see Africans cross the Mediterranean and deserts, I wonder why people would want to leave this continent that is so blessed with human and natural resources.

”Cross River wants to tell all young men and women that, the best place to be is Africa where there is rich human and natural resources,” he said.

The governor thanked God for giving the state government the grace to sustain the carnival.

Similarly, the Chairman, Cross River Carnival Commission, Mr Gab Unah, said the event was significant because it brought the African culture to the front burner, especially the concept of hospitality which African were best known for.

According to Unah, the “African man empathises with everything, both birth, death and other celebration that is how we share love.”

He said that he was extremely happy with the attendance, adding that 25 states out of the 29 accredited for the event were in attendance.

Some leaders of troupes from different states also commended the state government for sustaining the carnival but urged improved accommodation for the visiting states to make next year edition better.

Some of the participating states are Anambra, Imo, Kogi, Plateau, Osun, Ekiti amongst others.