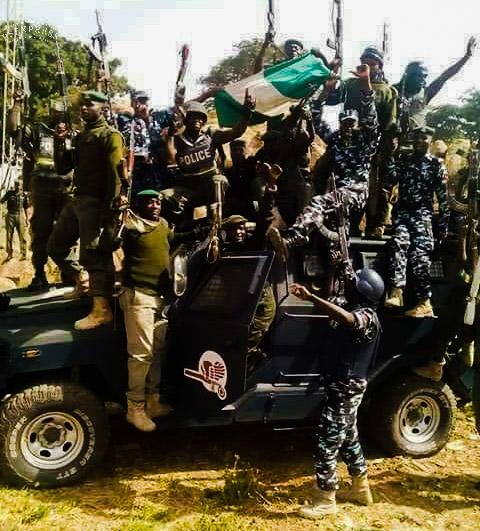 At least one hundred and ninety policemen being mobilized for the war against Boko Haram have fled for their lives.

Worried by the development, the Force Headquarters, Abuja, has ordered for the arrest and prosecution of the officers.

A security source familiar with the matter told SaharaReporters that the said officers were to be sent to battle without appropriate training, and also observed that nearly all of them are southerners and Christians.

However, the Police presented a slightly different account of the incident. A ‘Police Wireless Message’ sent from the Force Headquarters to MOPOLS in 22 states, which was seen by SaharaReporters, said the policemen were being trained at the Special Forces school, Buni-Yadi, where they absconded from. The MOPOLS were urged to treat the matter as “very important”.

The officers may have been intended to be part of the group of 2,000, which the Inspector General of Police, Ibrahim Idris, deployed to the North East late last month to fight Boko Haram.

Announcing the deployment, Force Public Relations Officer, Jimoh Moshood, had said the policemen comprised personnel of the Police Mobile Force (PMF) and Counter Terrorism Units (CTU), as well as those of the Force and the Sniffer Dog Sections.

Moshood also stated that the new deployment was consistent with Section four of the Police Act and Regulations.

The section, he said, “Specifies the general duties of the Nigeria Police Force as follows: The police shall be employed for the prevention and detection of crime, the apprehension of offenders, the preservation of law and order, the protection of life and property and the due enforcement of all laws and regulations with which they are directly charged, and shall perform such military duties within or outside Nigeria as may be required of them by or under the authority of this or any other Act”.

“The deployment is also to support the strength of the military to defeat the Boko Haram insurgency,” he added.