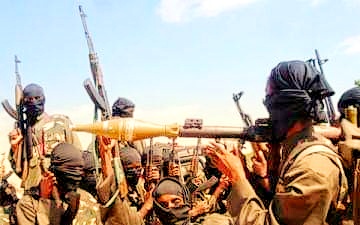 Boko Haram insurgents have razed another community near Chibok — the second in three days — according to residents.

Witnesses told SaharaReporters that the insurgents laid siege on the remote village of Mbolakel, some six kilometres away from Chibok town, at about 11:45pm on Christmas Day, injuring at least three persons and burning down the whole village.

Chibok residents said the deafening sound of gunshots roused them from sleep and the smoke could still be seen from distance hours after.

“The heavy gunshots woke us up,” one, who simply identified himself as Musa, said. “We saw the flames from faraway. Early this morning, we went to the Mbolakel Village; it was burnt down, three wounded, there was no loss of lives.”