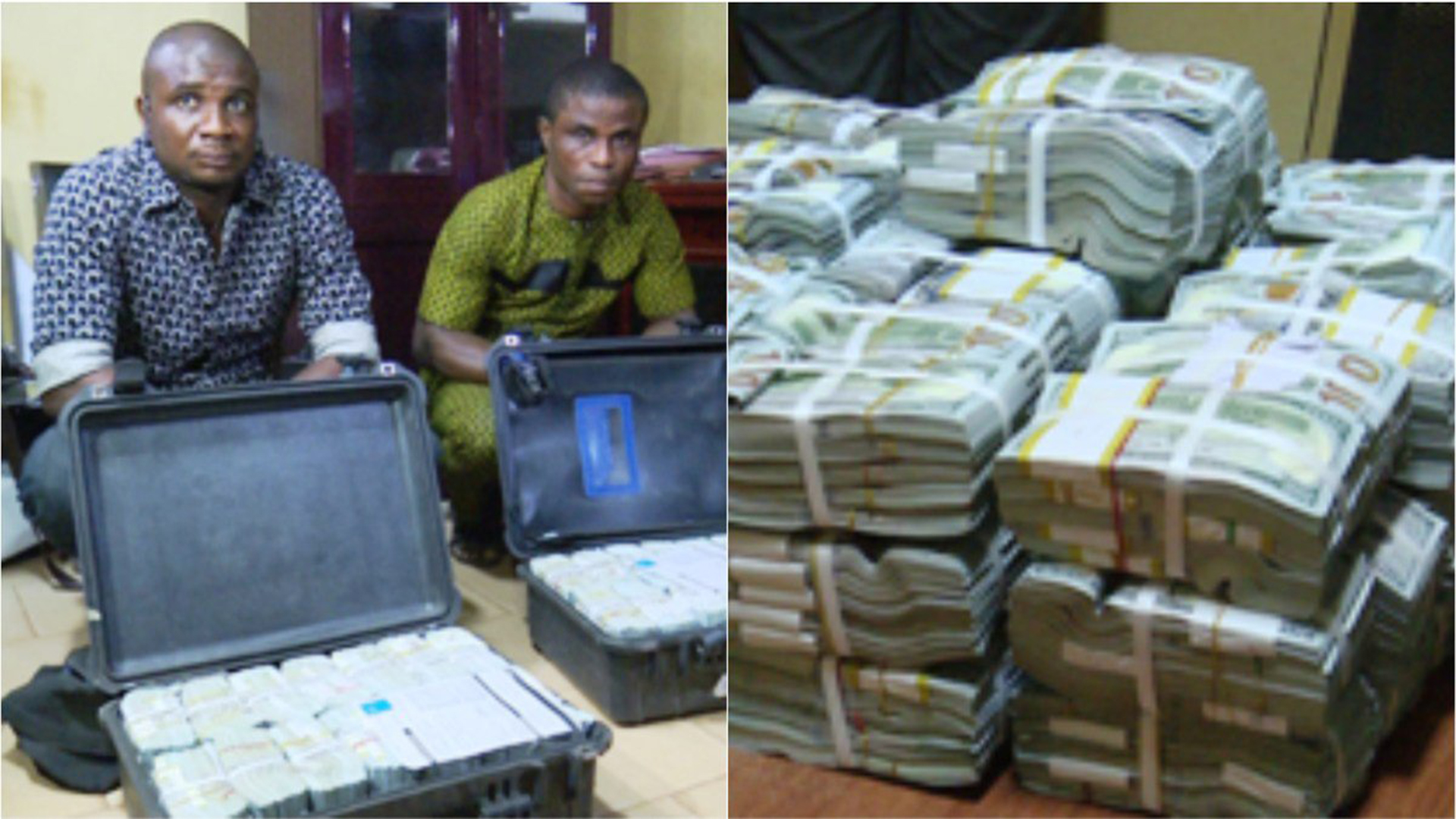 The Federal High Court in Port Harcourt has declined to cancel the interim forfeiture order granted on December 28, 2018 as regards the $2.8 million confiscated by the Economic and Financial Crimes Commision (EFCC), Enugu Zonal Office.

The anti-graft commission on December 20, confiscated the money from two men – Ezekwe Emmanuel and Ighoh Augustine at Akanu Ibiam International Airport, Enugu when EFCC suspected that they were money launderers.

EFCC filed an application for interim forfeiture on December 24, 2018 as well as an affidavit of urgency, and the matter was heard by Justice A.T. Mohammed in Port Harcourt on December 28 with a ruling in favour of the anti-graft commission.

However on January 4, 2019 in another hearing, the counsel for the defendants, Charles Ajuya, SAN requested the court to cancel the interim order. But Anasoh Onyedikachi Henry, counsel to the EFCC objected citing the progress, the anti-graft commission has made thus far in investigating the matter. And the Judge ruled in the favour of EFCC stating that the opposition needed to prove their case properly instead of requesting the order to be canceled.