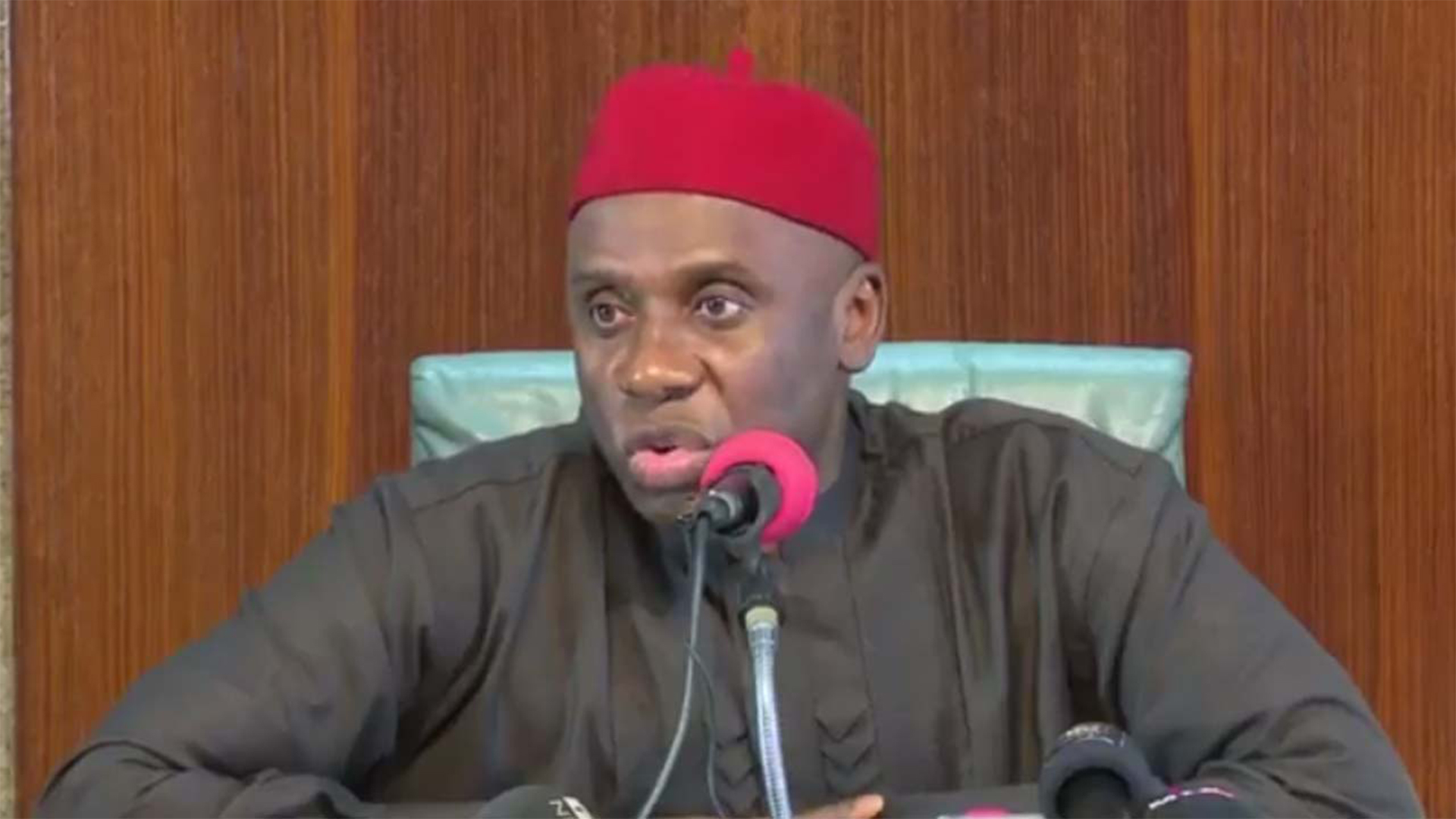 The minister of transport, and campaign director general of President Mohammadu Buhari for the forth coming presidential elections, Mr Rotimi Amaechi has decided to speak up, and bare his mind despite the leaked controversial secret tape where the honourable minister was heard lambasting the president for being slow, and non-nonchalant in the affairs of the country.

However, Amaechi changed the narrative during the inauguration of the president’s campaign’s council. He appealed to Nigerians not to vote for the PDP, and claimed that they were corrupt and looted the country’s treasury.

“I appeal to Nigerians; don’t give one vote to the PDP, they are hungry, they can’t stand poverty, they can’t stand not touching government money. Where money is given for prayers in Nigeria, I can pray in my church, nobody is giving me money to go and pray,” he said.

”We are no longer stealing money. PDP stole the money meant to feed Nigerians and until they return it, they will not have peace.

“PDP has nothing to say to Nigerians. Our campaign is going to be issues based. We are determined to save Nigerians.”

“The President said he will fight corruption; that he is doing. We met a tattered economy that if we did nothing, Nigeria would be at a mess. But today the economy has been growing.

“In fixing the economy we promised infrastructural development. When I took over as Minister of Transportation, GE approached me and said we have approached different governments for 11 years to allow us to take over the rail with our own money but nobody agreed, this government agreed, ” the minister said.

If Mr Rotimi Amaechi is complaining about PDP today, it is equally important to remind him that he was part of those that looted the common patrimony of Nigeria having been a two-time governor of the Rivers, an oil rich state for eight consecutive years while being a member of PDP till 2013 that he defected to All Progressives Congress.