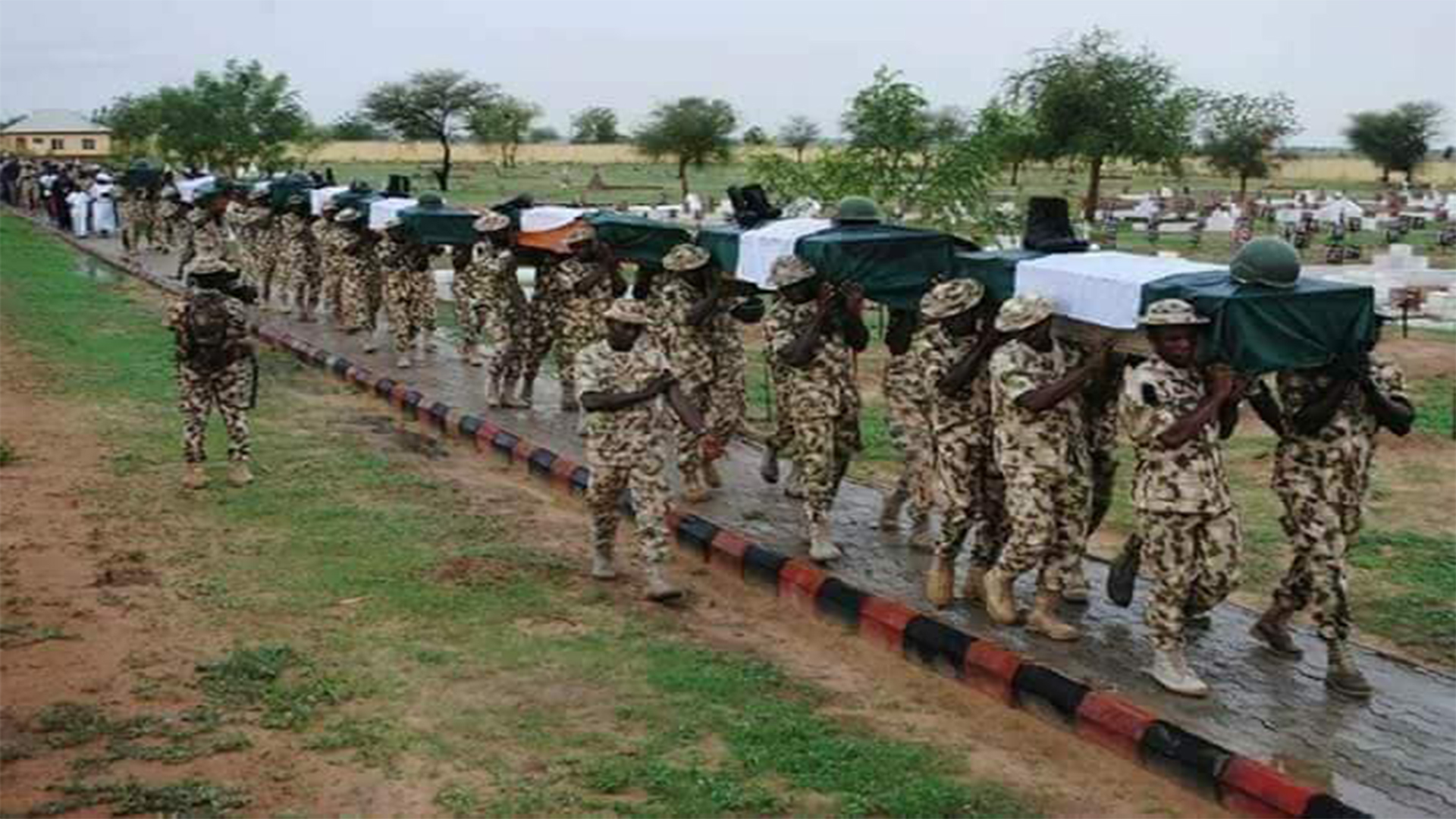 The Nigerian Army on Friday have buried 14 soldiers ambushed and killed by Boko Haram terrorists on December 24.

The soldiers were killed on Damaturu-Maiduguri road while on their way back from an escort duty.

“Today we are gathered here not only to mourn but also celebrate lives of service and sacrifice.
“These enthusiastic and inspiring men, exemplified the values of our nation and the military which is loyalty, courage, selfless service, respect, honour and dignity.”

“We are so very proud of them. Your labour and sacrifice will never be in vain.
“What these men represent is the quest for national defence and preservation of the aspiration of the Nigerian people,”

To the families of the slain soldiers, Mohammed said: “Your husbands and children made the ultimate sacrifice in the defence of this great country. They did not die in vain as they had given the ultimate duty to Nigeria.
“We will remember them forever as the brave soldiers.

“I want to assure you that myself and all my staff will always be there for you whenever the need arises.”

“antidote for inspiration and determination to go all out and rid your respective Areas of Operation of kidnappers, bandits and other criminal elements.

“I want to assure you of the unwavering support of the Chief of Army Staff and the leadership of our dear nation in ensuring that you are provided with necessary equipment as well as adequate welfare to carry out your duty effectively and efficiently.”

The Nigeria military authority gave the families of the deceased soldiers 500, 000 naira each, and promised them of speedy processing of their benefits.