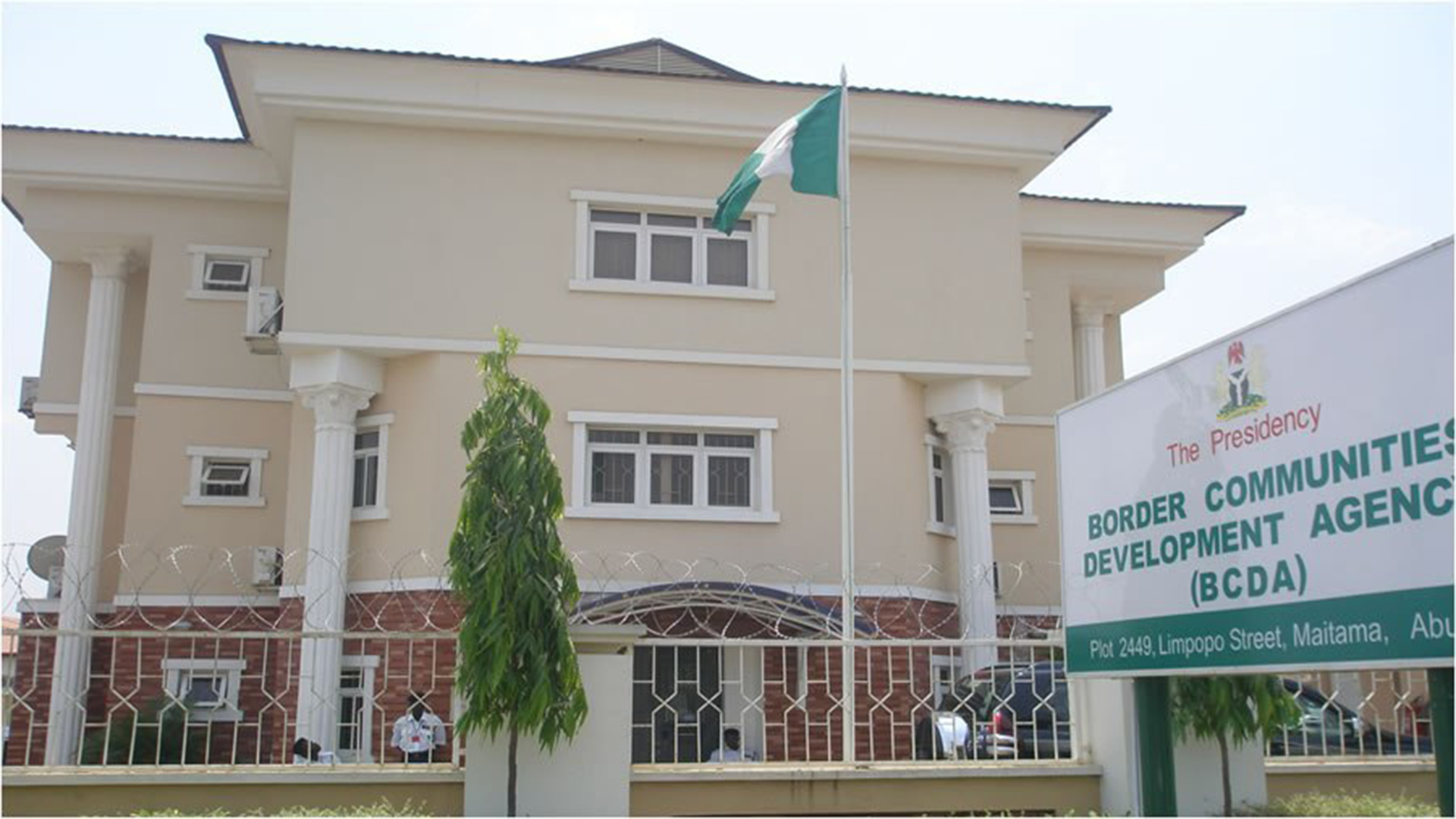 No fewer than 815 contractors were recently shortlisted by the Border Communities Development Agency (BDCA) for hundreds of constituency projects despite failing to meet federal contracting requirements, an ongoing investigation by PREMIUM TIMES has revealed.

It is the second time in less than a month that the agency has been exposed for procurement irregularity.

Being shortlisted presupposes that an applicant has satisfied all criteria contained in the procurement guidelines published by a government agency for the award of contracts.

But a fresh trove of procurement documents analysed by PREMIUM TIMES revealed that the bulk of the prequalified contractors for the 2018 intervention projects by lawmakers did not meet the most basic criteria spelt out in the invitation to tender advert released by the BDCA in August 2018.

The agency advertised nearly 400 self-enrichment projects of lawmakers for which funds were earmarked in the 2018 budget.

The Nigerian government’s anti-corruption posturing could be undermined if officials at the BDCA are allowed to go ahead with the flawed contracting process in brazen defiance of the country’s extant procurement regulations.

The value of the contracts ranges between N10 million and N200 million.

President Muhammadu Buhari’s son-in-law, Junaid Abdullahi, is the executive secretary of the federal interventionist agency established in 2003 to develop the country’s border communities.

The agency has the mandate to provide social and infrastructural amenities to international border communities in 21 states of the federation, spanning over 105 local government areas.

A list by a technical evaluation team constituted by the BDCA to select qualified contractors for the award of the constituency projects contracts showed that 987 bids from various contracting firms were prequalified.

The list seen by PREMIUM TIMES contained names of companies shortlisted for over 390 contract lots for the procurement and supply of various goods, works and services in various locations across the country.

The BDCA had invited bids from prospective experienced and competent contractors/suppliers. They were asked to submit bids for the projects in line with the criteria laid out clearly in the invitation-to-tender advertisement published on July 29, 2018, for the execution of the projects between late July and early August.

Submission of bids by prospective contractors was to be accompanied with a three-year tax clearance certificate validated by the Federal Inland Revenue Service (FIRS), with a cumulative average annual turnover of a minimum of N50 million for the period 2015, 2016 and 2017.

The companies were required to produce evidence of registration on the National Database of Federal Contractors, Consultants and service providers by submitting the Interim Registration Report (IRR) expiring January 1, 2019, or valid certificate issued by the Bureau for Public Procurement (BPP).

Besides, submitted bids must be accompanied by the company’s audited accounts for 2015, 2016 and 2017, along with other documents attesting to their professional and technical competences.

PREMIUM TIMES had earlier reported that BDCA procurement officials disregarded some key criteria for selection of prospective contractors, as well as some requirements for the award of contracts, in a potential violation of the Public Procurement Act (PPA) 2007.

Section 23 (1) of the PPA (2007) does not allow federal agencies or their management to manipulate procurement guidelines to favour any party during a contracting process.

The law says: “Where a procuring entity has made a decision with respect to the minimum qualification of suppliers, contractors or service providers by requesting interested persons to submit applications to prequalify, it shall set out precise criteria upon which it seeks to give consideration to the applications and in reaching a decision as to which supplier, contractor or service provider qualifies, shall apply, only the criteria set out in the prequalification documents and no more.”

Therefore, the BDCA appeared to have violated Nigeria’s procurement law by disregarding its published guidelines for the selection of contract applications in favour of unqualified companies.

A further review of the procurement documents obtained by PREMIUM TIMES exposed how only about 173 bids could be considered to have met the minimum threshold for the award of the contracts advertised, out of around 988 bids received from various contractors and prequalified by the BDCA technical evaluation team.

The 173 bids were the only applications accompanied with both evidence of current Pension Compliance Certificate (PCC) and the Company Incomes Tax Clearance Certificate validated by the FIRS, both valid till December 31, 2018.

Of these, about 13 that did not have company income tax clearance certificates were from companies that were already enjoying tax holiday incentives granted by the Nigerian government covering the three-year period.

Still, further analysis by this newspaper showed that about 815 of the prequalified or shortlisted bids (or over 83 percent) failed to meet at least one or the two key criteria that define the minimum threshold specified in the bid guidelines.

At least 94 of the bids were accompanied with neither the pension compliance certificate nor tax clearance certificate, the two key documents required to qualify to even enter a bid, our findings show.

Where the bids were accompanied with tax clearance certificates, the cumulative average turnover of the companies fell far below the specified benchmark of N50 million average annual turnover.

For instance, Arcad Projects Limited (Lot 110) prequalified to bid for the N200 million contract for the rehabilitation of selected rural roads in Ekiti/Irepodun/Idi/Oke-Ero Federal Constituency was not qualified.

The company’s bid was accompanied with its PENCOM certificate only without the requisite tax clearance document.

Similarly, SMV Nigeria Limited and Young Stallion Group Nigeria Limited (Lot 83) submitted bids for the N150 million contract for the construction of a mini-stadium at Kashere in Gombe Central Senatorial District, but both were shortlisted despite not meeting the requirements on tax clearance certificates.

Aicon Residential Limited (Lot 84) also submitted a bid for the N150 million contract for the rehabilitation/maintenance of water infrastructure in Yobe East Senatorial District without submitting its tax clearance certificate.

ABG Synergy Limited was prequalified for the N50 million contract to supply tricycles, popularly called “Keke NAPEP” in Monguno/Marte/Nganzi Federal Constituency of Borno State despite not attaching any of the two vital documents to its bid.

De Poor Shall Rich Nigeria Limited and Dankole Global Services (Lot 281) were shortlisted to bid for the N60 million contract to supply motorcycles in Edo Central Senatorial District without their tax clearance certificates.

Yalele Farms Limited (Lot 315) was shortlisted for the N60 million Strategic Empowerment and Training of Women and Youth in Zaki Federal Constituency with absolutely no requisite documentation.

Yet there bids that met all the requirements but were deliberately excluded from the list of those prequalified or shortlisted by the agency.

A history of violation

About 33 companies were prequalified for eight zonal intervention projects worth over N1.3 billion that were reviewed by this medium at the time.

In shortlisting the firms, procurement officials at BDCA overlooked tax clearance certificate, one of the top two requirements which any interested firm must present to meet the basic requirement of contract award.

In its invitation to tender published on July 29, the BDCA had said all firms must have a minimum annual turnover of N50 million in taxes over three years — but officials prequalified at least 18 firms whose annual taxes were substantially below N50 million, according to tax documents obtained by this newspaper at the time.

Estivus Nigeria Limited, the last of the 33 companies reviewed, did not qualify for the contract because it obtained its tax clearance on August 16, 2018, three days after the bidding process closed on August 13, 2018. It remained unclear how the firm was smuggled into the list of companies whose bids were received as of deadline.

A BDCA official claimed that may have been an error which would could still be corrected before the final companies are announced.Fresh procurement documents obtained by PREMIUM TIMES have revealed how the Border Communities Development Agency (BDCA) shortlisted unqualified companies for a slew of federal contracts across the country.

Regardless, the BDCA defended its handling of the bid process. The agency in a statement said its interventionist activities have always been carried out strictly, guided by the provisions of the BCDA Establishment Act.

“Our activities have given a sense of belonging to those living in border communities and boosted their confidence in the present administration,” the agency insisted in its statement.

However, it noted that not meeting the cumulative average turnover of N50 million over a three-year period does not disqualify any company for further considerations for the award of the contracts.

“Each requirement is assigned a weighted score and cumulative score of each contractor determines their prequalification or otherwise,” the agency said.

A group of anti-corruption campaigners has petitioned the Bureau of Public Procurement (BPP), demanding an urgent probe of ongoing procurement activities at the Border Community Development Agency (BDCA).

The Council on African Security and Development (CASADE) said in a December 18 letter to the BPP that it was alarmed a PREMIUM TIMES investigation which exposed how procurement officials at the BDCA have been shortlisting unqualified firms for federal contracts in the 2018 zonal intervention projects.

PREMIUM TIMES revealed last week that dozens of firms were pre-qualified to get contracts for federal projects which lawmakers inserted into the 2018 budget in continuation of their self-enrichment tradition.

The group said the BPP, as the regulatory institution responsible the supervision of federal contracting processes to ensure strict compliance with procurement regulations, should immediately step in and sanction the BDCA for previous violations, and forestall further occurrences.

“We hereby request for the intervention of the BPP in the ongoing BCDA ZIP 2018 procurement process,” the group said in the letter to BPP. “Please assist in the fight against corruption.”