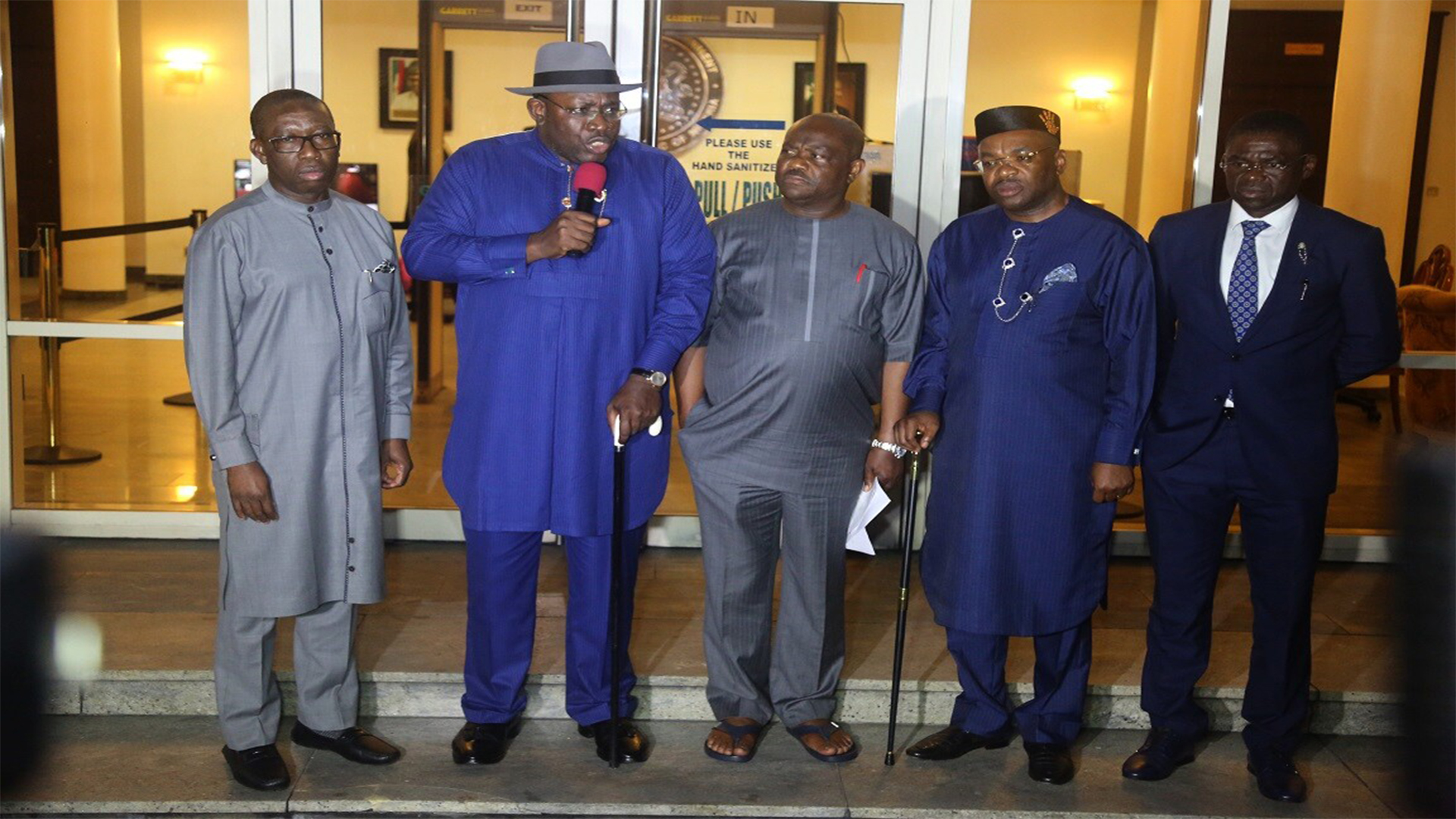 Following the recent  charges leveled against the Chief Justice of Nigeria, Walter Onnoghen by the Federal Government of Nigeria, and the intended arraignment before the Code of Conduct Tribunal, the Governors from the South-South Geo-political zone have condemned in totality the actions of the Federal Government. The group described Buhari’s administration as having, “A penchant for flagrant disobedience of and disregard for legitimate and valid court orders.” The governors disclosed that after an emergency meeting in Abuja on Sunday in a communique.

The governors strongly decried the excesses of the Mohammadu Buhari’s led administration, and asked Chief Justice Walter to ignore the summon, and the call that has been going on to get him dismissed.

The governors present at the meeting were Seriake Dickson of Bayelsa, who presided over it, Ben Ayade of Cross River, and Ifeanyi Okowa of Delta, Nyesom Wike of Rivers, Udom Emmanuel of Akwa Ibom. Governor Godwin Obaseki of Edo State, and member of All Progressives Congress (APC) was the only one from the South-South who didn’t attend the meeting.

Part of the communique reads: “We consider this step, which is directly aimed at humiliating the nation’s highest judicial officer and a prominent son of the region, as totally unacceptable as it is reflective of the South-South story of endless marginalization and intimidation.

“We note that under Section 158(1) of the 1999 Constitution, the National Judicial Council, has ample powers to deal exhaustively with matters pertaining to allegations of misconduct and discipline of judicial officers.

“Specifically, the NJC has the powers and clear procedures for investigating allegations, and recommending appropriate sanctions or disciplinary measures against judicial officials as a matter of first instance before any further steps.”

“We expect President Buhari to know that democracy cannot survive without respect for the constitution, strict adherence to the rule of law, and separation of powers as enshrined in the constitution.

“We strongly believe that the regrettable development at the Supreme Court at this critical time, when preparations for the general elections are wobbling (with serious concern about INEC and security agencies) is capable of causing avoidable anxiety, tension and possible breakdown of law and order in the country.

“We note further that the action undermines confidence not only in the judiciary but also the electoral process that has already commenced, in view of the pivotal role that the judiciary plays in the process of electoral adjudication.

“We affirm President Buhari should know that the continuous assault on critical institutions of state is a defining feature of a dictatorship, and that the President is obliged to live up to his word that he is a born-again democrat, as he assured Nigerians in 2015.”