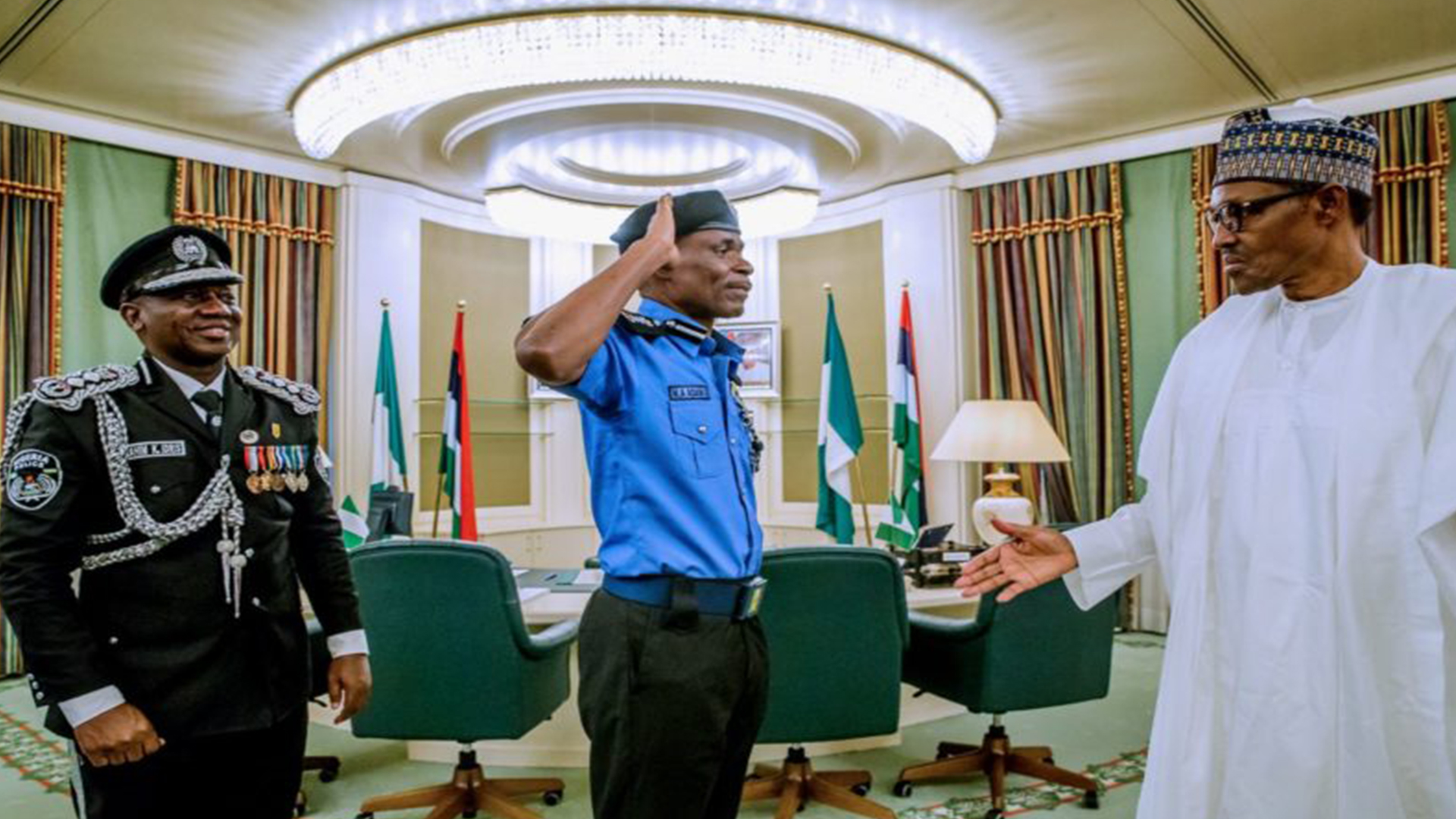 Adamu whose appointment is in acting capacity has been decorated today by President Buhari, and the erstwhile IG, Idris Abubakar at Aso Rock Villa in Abuja.

Idris expressed his profound gratitude to the president who appointed him in 2016, and encouraged Nigerians to give his successor all the necessary support he requires.

Officially, Idris has retired today after attaining the mandatory retirement age of 60 years.