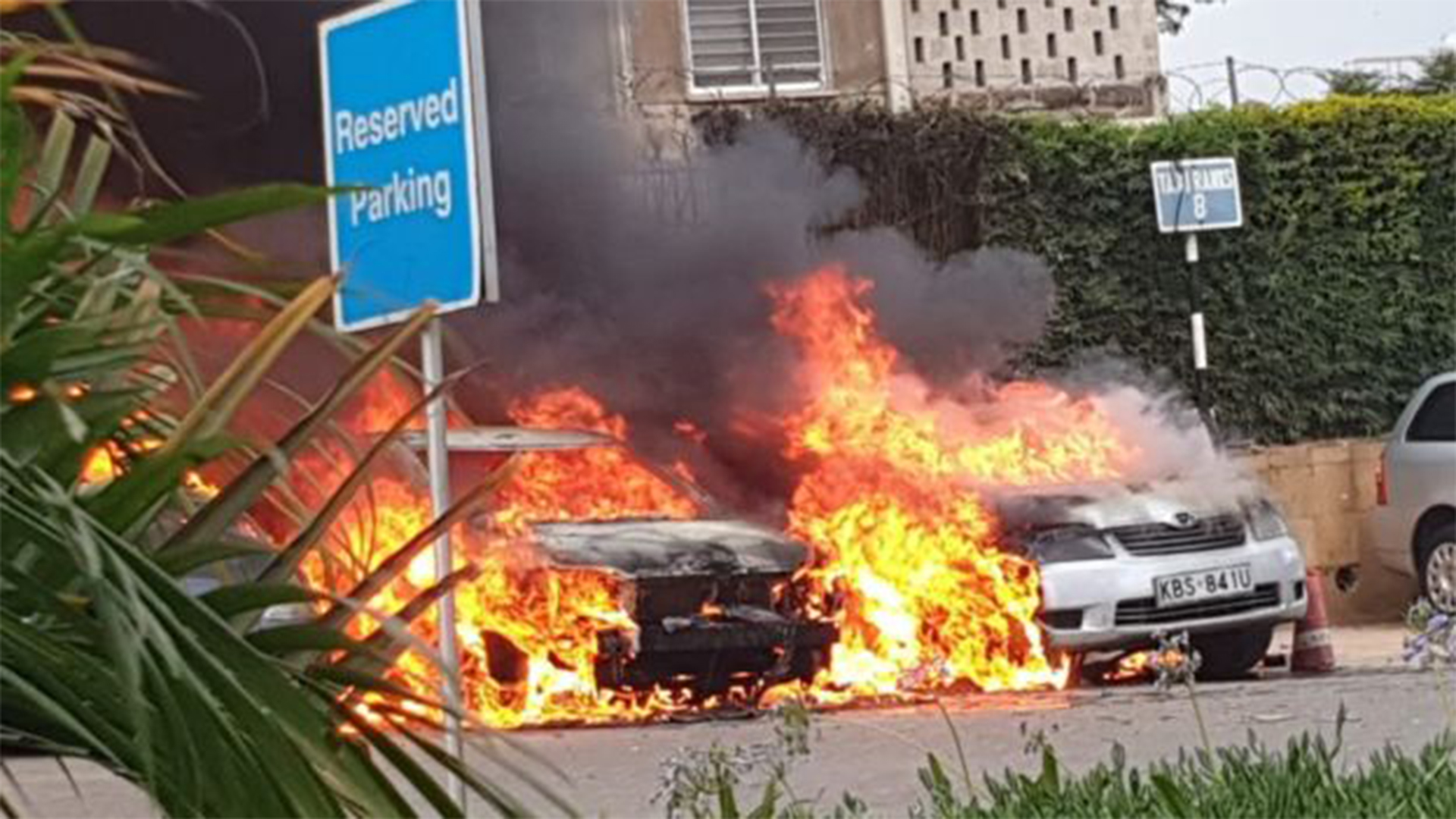 Nairobi under attack – At least two explosions followed by sustained gunfire were heard at the compound in the Westland district of the city, which houses the Dusit hotel as well as offices.

Witnesses say they saw four armed men entering the complex. Vehicles are on fire in the car park.

People are being evacuated. Police have cordoned off the area and are trying to rescue those trapped inside.

The BBC’s Ferdinand Omondi says the head of Kenya’s Directorate of Criminal investigations, George Kinoti, is at the scene to lead the operation.

A woman working in a neighbouring building told Reuters news agency: “I just started hearing gunshots, and then started seeing people running away raising their hands up and some were entering the bank to hide for their lives.”