The real story behind the Nigerian 1966 Coup by the last surviving revolutionary, Col. Nwobosi (rtd) 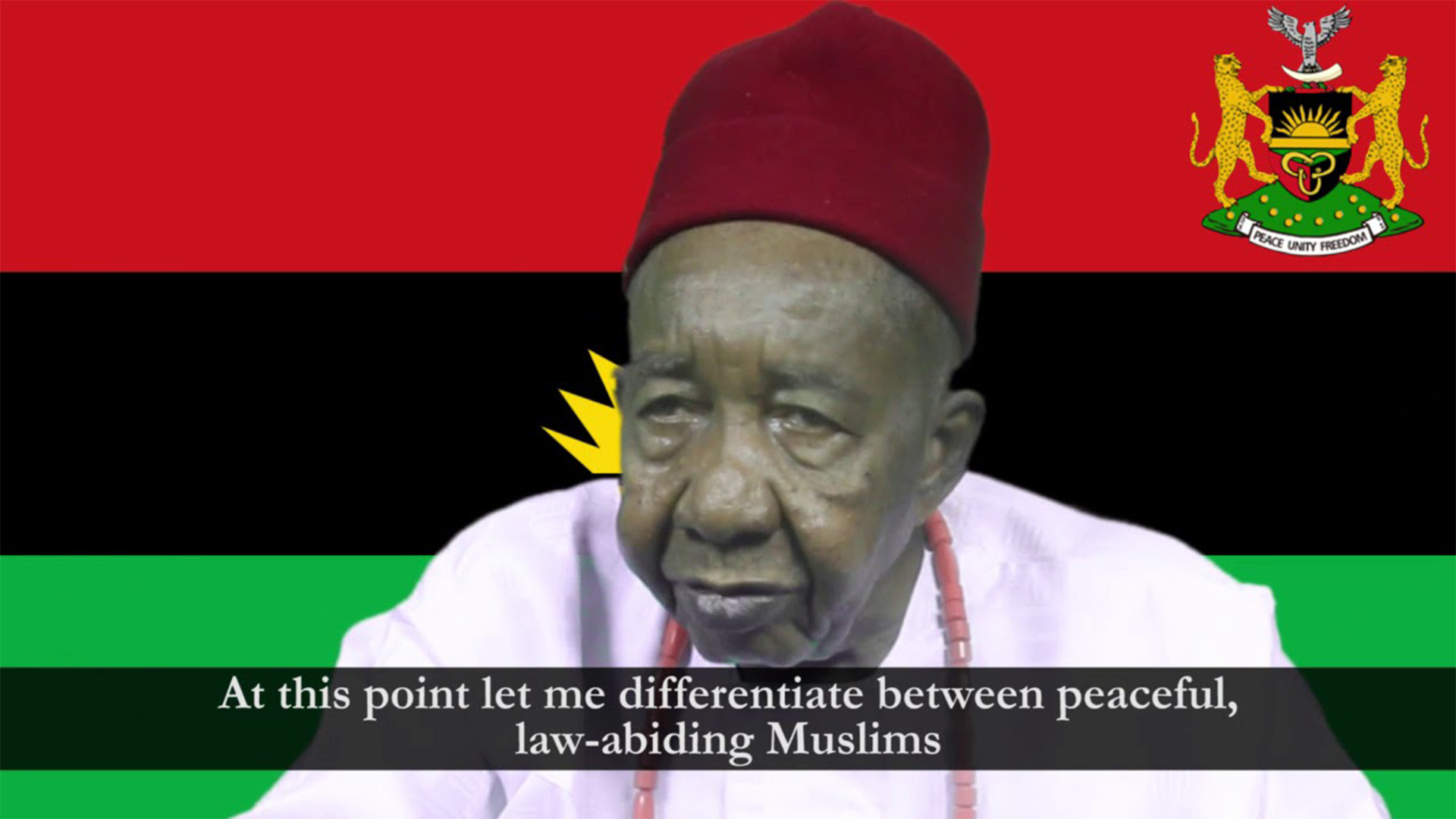 The last surviving planner, and executor  of Nigeria first bloody revolution, Colonel Emmanuel Nwaorah Nwobosi (rtd) has made a broadcast in honour of the historic event. In the no-holds-barred broadcast, he explained the reason why they attacked the polity. Which he described as a move, “To stop a Jihad and bring sanity to a Nigeria steeped in nepotism, corruption and mass murders.”

“I welcome you to this historic January 15 broadcast on behalf of all those who carried out the January 15 Revolution in 1966. I bring to you a message of truth and freedom for it is only the truth that can set us free from the bondage of war and propaganda, which we confuse as history.

“It is time to be bold, I am too old to lie. I am not afraid to die. It is time to tell you why, we had to try. I am the last of the original coup planners of January 15, 1966 with Major Kaduna Nzeogwu.

“I knew Nzeogwu well. We went to school together. We trained at Sandhurst Military Academy, UK. We lived together. Nzeogwu was our first Head of Military Intelligence and uncovered terrible plans to wreak havoc across the country.

“We organised group of progressive military officers to carry out a coup on January 15, 1966 to stop a Jihad and bring sanity to a Nigeria steeped in nepotism, corruption and mass murders. The government of Tafawa Balewa, controlled by the Premier of Northern Nigeria, Ahmadu Bello, were using us in the army to repress the Middle belt and Western Nigeria. Houses and cars were burnt. Thousands were killed.

“There were nine of us that planned the January 15 Revolution, Majors Nzeogwu, Anuforo, Ifeajuna, Ademoyega, Chukwuka, Okafor, Onwuatuegwu, Obienu and myself however, four of us started it. Major Ifeajuna and Major Ademoyega in the south; and Major Nzeogwu  and myself in the North.

“We then united as a single revolution. I am the last of the four original revolutionaries. None published the complete truth. Only me, Colonel Nwobosi is alive today to tell the final truth, so that lies will not triumph forever.

“They used us to repress the Middle-Belt and the Yorubas. When we saw the genocide, we began to disobey orders and swore to stop them. For instance , Major Anuforo refused to release mass murderers caught with weapons, and was court martialled. He was replaced by Major Hassan Katsina, a Northerner, a Northern Muslim willing to act.

“I was in Abeokuta but refused to repress the Yorubas, instead I opened our barracks as a safe place for them to run. they told many lies about the January 15 boys to justify their genocide but it is those of us that planned the revolution that they should have killed not the 3 million innocent Biafrans that knew nothing.

“For years I kept blaming myself and wondering whether at 27, I was too radical that my actions led to the deaths of millions. Today, the same evil in 1966 is being unleashed. As I watch, my sense of guilt has vanished, because we were not the evil. We wee trying to stop the evil.

“That evil is radical Islamism. I have decided to speak out and warn the world of the impending disaster if we do not stop it.

“Each time radical Muslims plan a Jihad in their religious mission to conquer the world, they will fail but in the attempt, thousands and even millions will die. That happened to us in Biafra. At this point let me differentiate between peaceful, law-abiding Muslims, and radical muslims who want to kill others to force their religion on them. The problem is that wherever peaceful muslims are, there are some Radical Muslims amongst them. That is why they began a Jihad in 1966. That is why we had to stop it. That is why they killed millions of our people. That is why we declared Biafra, because we are a peaceful people and oil and water can never mix.

“My story is warning to Nigerians. For years, I was prevented from speaking the truth by exile, prison, harassment, poverty, surveillance and death threats held over many of the actors like Ojukwu, Zik, Awolowo, Ibiam and January 15 boys that survived but as I watch today many of the events that led to our revolution are happening again like Boko Haram, Fulani Militia, Niger Delta Militants, Shiites, IPOB and mass murders, some people think we acted wrongly in carrying out the January 15 but they may not be fully aware of the realities then.

“We were trained by the British to be patriotic to give the ultimate sacrifice for Nigerian and stop anyone acting against the nation. Instead of our leaders using us to defend Nigeria they were using us to suppress citizens, we decided to arrest them for their atrocities because no one was willing to act not Zik, the president, who was powerless not Ironsi, the head of the army, who was a conservative. There were many reason why we had to act to stop the killings in Yoruba land, the Middle-Belt by NPC, the rulling party,

“It was good that we acted to save the Yoruba and the middle belt people, and we thought that was enough to stop Jihad. We could not foresee that they would massively attack innocent Igbos.

“Blame those who decided to massacre our people for their evil. Today we are fighting Buhari. He is killing Shiite Muslims and IPOB members. With the benefit of hind-sight we can see other ways of dealing with such evil but for us in 1966, we just wanted to save the people from massacre.

“I congratulate Nnamdi Kanu and IPOB members for the good work they are doing to free our our people from Nigeria and radical Islamism. many of our people do not not understand how vast IPOB is as an organisation and quality of the people that run it. On arrival in Israel I started meeting high quality professionals and I was amazed.

“I do not know how IPOB united power professionals abroad, power traders at home and ordinary people from market women to even riff raff all under one IPOB family with world-wide radio and television. Every Igbo and Biafran should be proud of them. They are the strongest force we have today to achieve freedom for all Nigerians. No wonder they can take on the Nigerian government and win.

“However, it is money that makes things work. I shall donate 10% of all the profits of my new book to IPOB. It is my tithe to freedom. Tithing is God’s tax to raise money for the government of the children of God. I urge you all to regularly do the same so we can have the resources to achieve our objectives.

“On this day of January 15, 2019 the anniversary of our revolution, I wish to hand over to Nnamdi kanu and IPOB the baton of the January 15 boys so you can complete the revolution we started.

“I am the Ogene Obosi, a chief and elder of the Obosi people, I bring to you the blessings of the ancients. I fought for Biafra; I was wounded for Biafra and I shall die for Biafra.