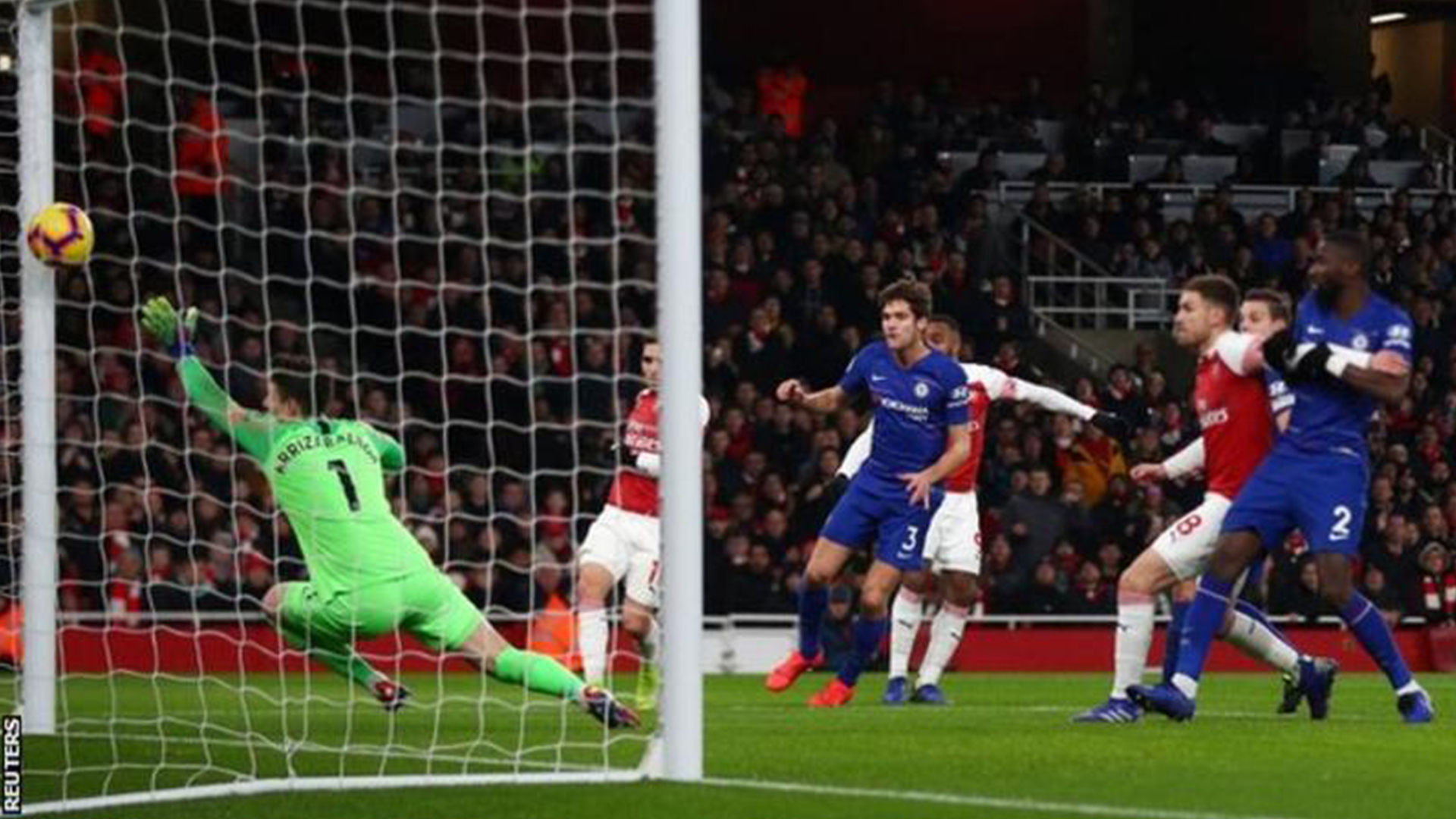 Arsenal earned an important win in a pulsating London derby against Chelsea to keep themselves in the race for the Premier League top four.

The victory moves the Gunners to within three points of fourth-placed Chelsea and back above Manchester United, who had gone fifth by beating Brighton.

Alexandre Lacazette put Arsenal ahead in the 14th minute when he made the most of a poor Hector Bellerin cross with a fine first touch before turning and beating Chelsea goalkeeper Kepa Arrizabalaga at his near post with a fierce strike.

Arsenal’s intense pressing hampered Chelsea’s ability to play the ball from the back, particularly in the first half, and the Gunners deservedly added a second through captain Laurent Koscielny in the 39th minute.

Chelsea failed to mark well enough at another set-piece and Koscielny missed a free header but the ball fortuitously looped in off his shoulder.

Maurizio Sarri’s Chelsea struggled to create in the first half but did hit the post on the stroke of half-time through Marcos Alonso’s header at a corner.

They posed greater threat in the second half but failed to have a shot on target until the 82nd minute as Arsenal’s defence, led by the excellent Koscielny, held firm.

Arsenal and Chelsea both appointed new managers in the summer and both came into the game at the Emirates with questions marks over their progress after difficult recent results.

Defeat to the Blues would have seen a seven-point gap open between the Gunners and the top four but their intensity and work-rate in the early stages put their opponents on the back foot from the outset.

Arsenal seemed to have been set up with a clear plan by manager Unai Emery to press high up the pitch to prevent Chelsea playing from the back.

Their intensity was made clear on two occasions in the first half when striker Pierre-Emerick Aubameyang twice ran back into his own half to make challenges.

Arsenal should have scored as early as the fourth minute when Bellerin played in Lacazette who then crossed for Aubameyang, but the Gabon international failed to make contact with his finish from inside the area.

Both of Arsenal’s goals came from set-pieces, another area that looked to have been worked on pre-match, and Koscielny could have scored earlier than he did but put a free header straight at Arrizabalaga at another.

Aaron Ramsey is set to leave Arsenal on a free transfer in the summer but started as the most attacking player in Arsenal’s midfield and he played a key role both going forward and leading the north Londoners’ press.

He constantly hassled Chelsea’s Jorginho – a key player in the Blues’ creativity – and no player had covered more ground than the Welshman when he was substituted in the 67th minute.

The only down side to Arsenal’s night was what looked to be a serious injury to right-back Hector Bellerin who went down clutching his knee despite there being no contact in the challenge.