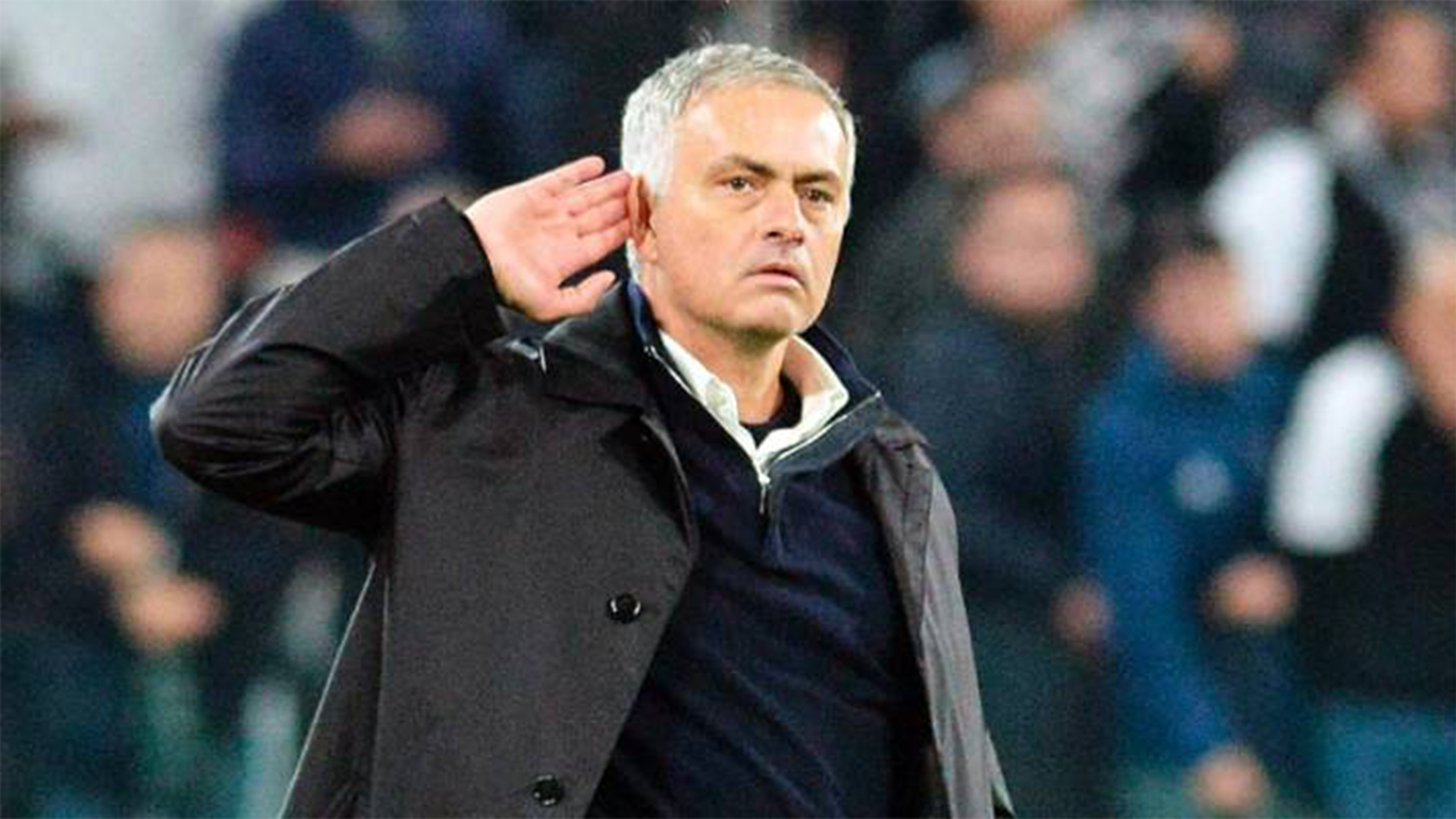 Jose Mourinho says he has turned down three job offers since being sacked as Manchester United boss and has rejected criticism of the team’s playing style.

The Portuguese, 55, was sacked in December after the club said there had been no progress with results, style or developing young players.

Former United player Gary Neville said no-one should be able to shape their own philosophy at the club again.

“My philosophy depends. I would love to go to a club and have [the same] conditions that [Liverpool boss] Jurgen Klopp and [Manchester City manager] Pep Guardiola did.

“I refused already three jobs because I didn’t feel it was what I want.”

Mourinho, who led Manchester United to League Cup and Europa League titles, is understood to have a non-disclosure agreement signed as part of his pay-off from the club, meaning he is not allowed to talk about his departure.

But he spoke about a range of subjects as a studio guest on beIN Sports, including:

‘One player asked me not to be criticise him in training’

But he outlined how one player asked not to be criticised in training which Mourinho thought was a sign of modern players being too sensitive.

“Recently, when I was coaching one player he told me and he was very polite, ‘please when you criticise me can you do it in private’,” he said.

“I told him why? ‘Because of my stature, in front of the other players when you criticise me I don’t feel comfortable’.

“Nowadays you have to be very smart in the way you read your players, and try to create the best situation.

He contrasted the situation with that of former Chelsea striker Didier Drogba, who he worked with at Stamford Bridge when he twice won the Premier League in 2005 and 2006.

“With Drogba, he is the kind of player that the more pressure from the manager, the more quality in his performance,” Mourinho added.

“There are some players where if you squeeze them they answer in the best way.

“There are other mentalities and personalities and the reaction is not the best. They were brought up in a different way, an easier social life, coming to the top level of football, everything came too easy to them.

“Some of them they don’t react in the same way. Certain moments, some strong public words, some of them have some risk.”

‘The days of a manager being all-powerful are over’

Although Mourinho was bullish about his record and his style, he did hint that he had learned one lesson about his time at Manchester United.

The club are in the process of appointing a director of football, to help the link between the board and the management team.

And the Portuguese added: “The time where the manager was the highest point of the club and all-powerful I think is over. You need the structure.

“The next club I speak with, the first thing I speak about is not the players I want to buy, is not about the budget, it’s what you give in terms of structure.”

‘I did hide in a laundry basket’

After the ‘spygate’ scandal at Leeds, Mourinho confirmed he had hidden in a laundry basket in 2005 for Chelsea’s Champions League quarter-final against Bayern Munich after receiving a two-game touchline ban.

“I need to be with my players and I did it yeah,” he said.

“I go to the dressing room during the day so I was there from midday and the game is seven o’clock. I just want to be in the dressing room when the players arrive. I went there and nobody see me. The problem was to leave after. And the kit man put me in the basket. It was a little bit open so I could breathe.

“But when he is taking it outside the dressing room, the Uefa guys were following and desperate to find me so he closed the box and I couldn’t breathe. When he opened the box I was dying.”