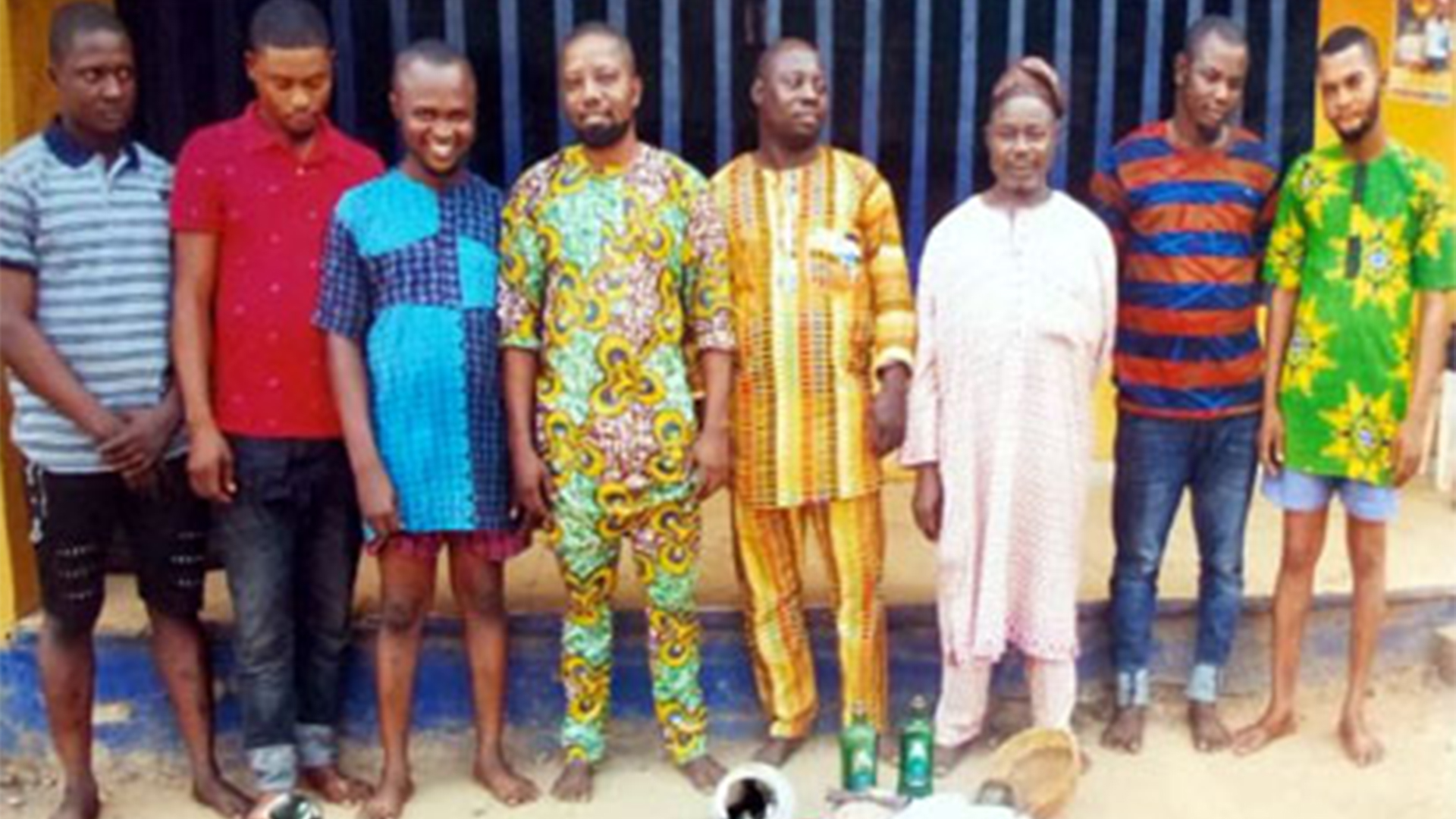 The Police in Ogun State have uncovered a shrine used by a syndicate to swindle people, arresting eight, among them a 72-year-old man.

The suspects, who pretended to be traditional doctors, as gathered, talk their victims into believing they have spiritual problems. Thereafter, they would direct the victims to the shrine, with an assurance that they would get a solution to the problem, only to defraud them.

Spokesman for Ogun State Police Command, Abimbola Oyeyemi, a Deputy Superintendent of Police, who confirmed the arrest, explained that the command was alerted about the syndicate’s activities by a member of the public on January 11.

He said: “On receiving the information, the Divisional Police Officer, Ago Iwoye Division, CSP Ade Adedoyin, directed his detectives to be on the trail of the men and technically profile and investigate them.

“The detectives succeeded in trailing them to their shrine, where they were swindling their unsuspecting victims, who they deceived into believing that they were getting spiritual help just to make them part with millions of naira.”

The suspects He continued: “The suspects— Abiodun Bamgbopa, 72; Olashile Raheem, 35; Nureni Raheem, 32; Raphael Joseph, 24; Ganiu Olawale, 24; Adenubi Samiu, 25; Mustapha Lukman, 39, and Raimi Ramoni, 42, were subsequently apprehended and taken to Ago Iwoye Divisional Headquarters, where they were interrogated and confessed to be fraudsters.

“They confessed to be capitalising on the gullibility of their victims to defraud them.”

“Meanwhile, the Commissioner of Police, Ahmed Iliyasu, has ordered a thorough investigation into the activities of the syndicate and has directed that they should be charged to a court of competent jurisdiction as soon as investigation is completed.

“He equally advised members of the public to beware of the antics of fraudsters pretending to be spiritualists.”