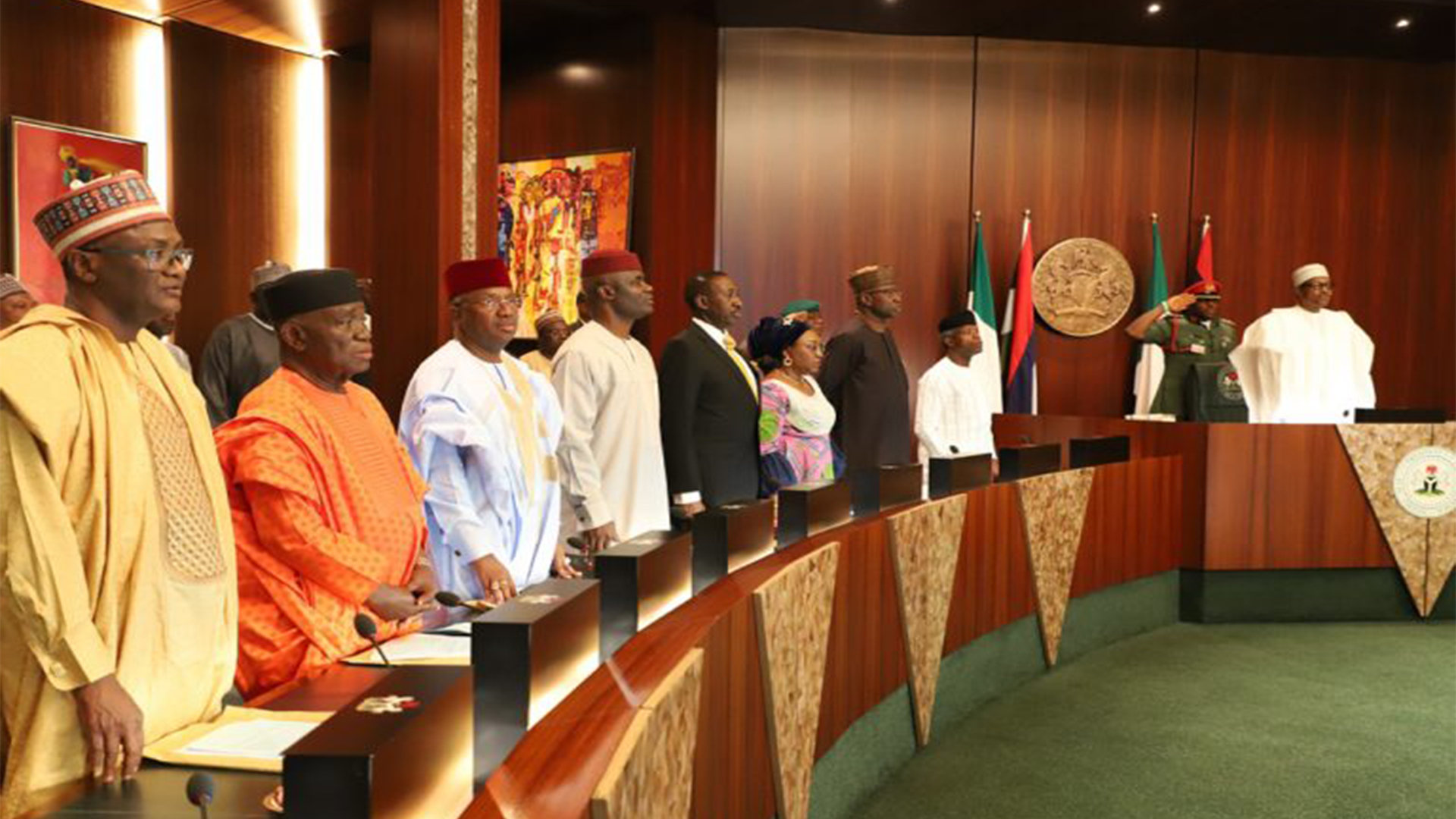 Participants at the National Council of State meeting

National Council of State has approved 27,000 naira minimum wage for state the government, the private sector and 30,000 naira for the federal government.

The council’s meeting held at the Presidential Villa, Abuja and former presidents, serving governors, current and former Chief Justices of Nigeria, serving ministers, Secretary to the Government of the federation, head of Service of the federation were all in attendance.

Chris Ngige, the labour minister made this known to State House correspondents at the end of the meeting.

According to Mr Ngige, the council approved frequency of review of five years for the minimum wage. It also exempted establishments that are not employing up to 25 persons.

The Labour minister promised that the national minimum wage bill will be transmitted to the National Assembly before the close of work on Wednesday as agreed with organised labour.