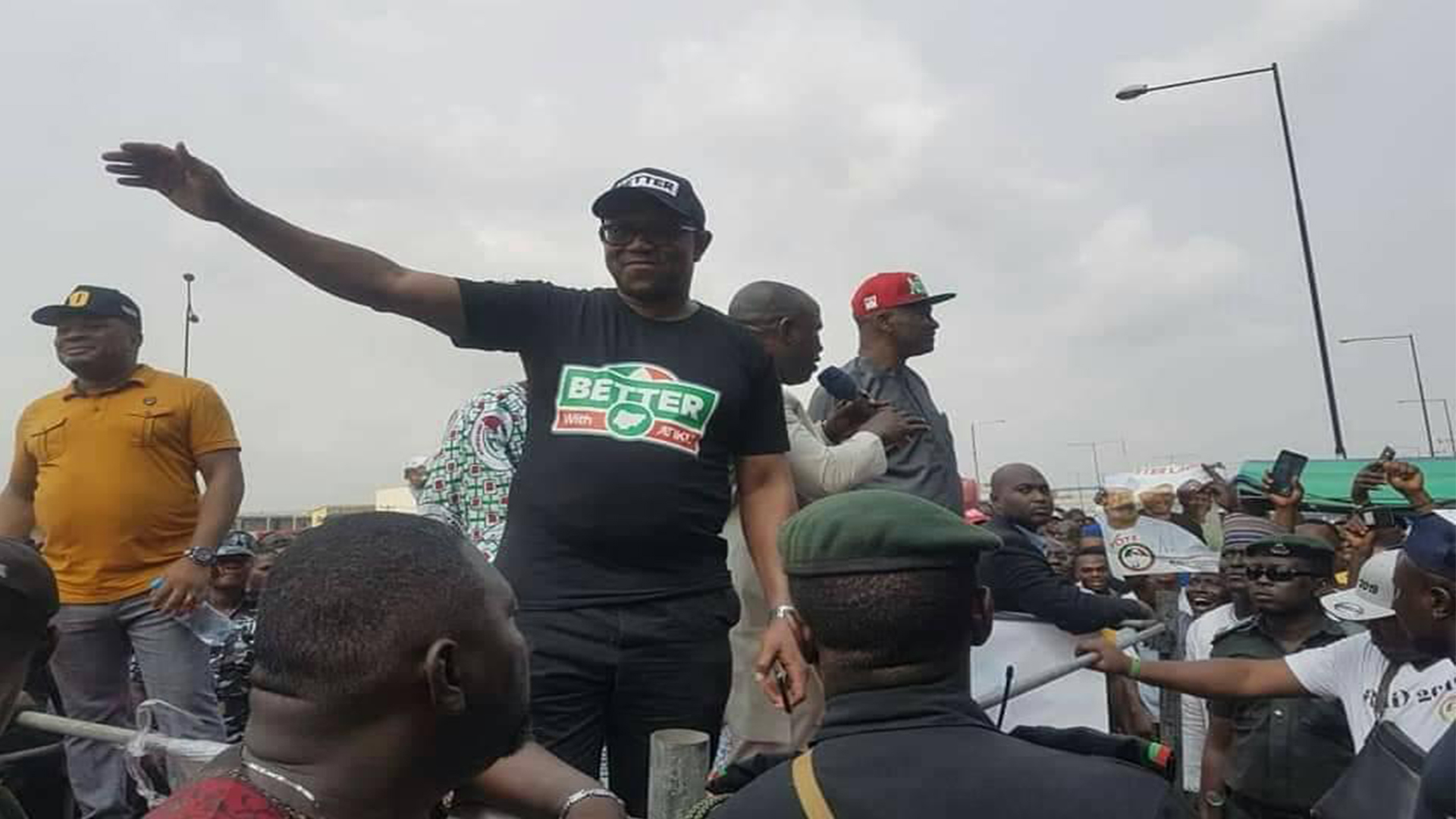 Obi waving at his supporters in Computer Village

Reports have it that the two candidates, along with the party’s deputy governorship candidate in the state, Mrs Haleema Busari and others, walked round the market interacting with traders.

Obi and Agbaje acknowledged cheers from excited traders who chanted in their support as they moved from one location to another in a long procession of party faithful and supporters.

It was a carnival-like atmosphere as traders and party faithful danced to sounds dished out by flutists and drummers on the candidates’ train.

Many people trooped into the market later, struggling into the crowd to shake hands with the two candidates.

The security details escorting the candidates had a hectic time controlling the crowd of people who had massed around them.