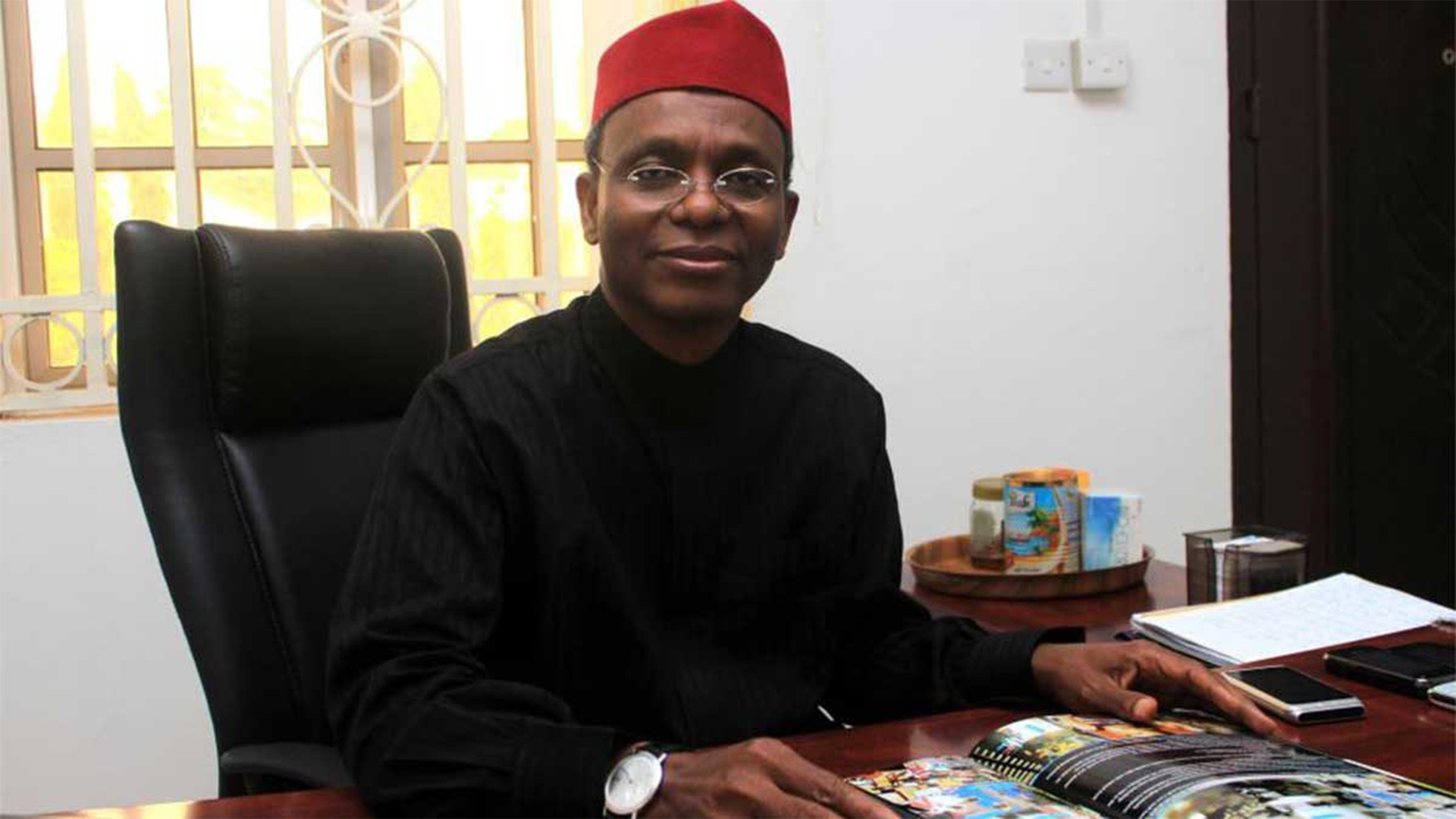 Governor of Kaduna state, Nasir El Rufai has alleged that the Peoples Democratic Party (PDP) is planning to disrupt the  coming election because of the imminent defeat in the coming election.

He made the allegation at a stakeholders’ meeting at Kudan town. The governor, while citing unnamed intelligence reports as basis for his allegations, however said that the security agents are already on the alert to ensure peaceful elections and to apprehend any person that may want to cause a breach of the law.

“As a leader, it is my responsibility to tell you what is being planned because, there are a lot of PDP bigwigs in Kudan local government and they may try to disturb the peace of this area,” El Rufai argued.

The governor, who said that any reasonable person will not want to cause trouble in his locality, however claimed that PDP chieftains are not always reasonable. The governor, however, urged the people saying, “If any politician approaches any of you to cause violence, ask him to bring his child so that you will execute the plot together. Politicians are fond of using the children of the masses for nefarious activities while their children are either schooling somewhere, or are safe abroad.

“No life is better than the other. The life of a rich man’s son is no more precious than the  life of a poor man’s son. Also, the life of an educated person’s son is of equal value as the life of an illiterate’s son,” he said. While assuring that government will provide adequate security on the election day for people to vote candidates of their choices, the governor said politics is about convincing people to follow their conviction.

“Politics is about conviction. There is no compulsion in politics. Siblings of the same family can vote for different parties or candidates. It is our duty as government to ensure security so that people can exercise their franchise,” he said.

The governor reiterated that his choice of  Dr Hadiza Balarabe as his running mate has nothing to do with religion or ethnicity but her competence. “Ethno-religious considerations have always informed the choice of deputy governors since 1992 but it has not brought peace in Kaduna state.”

The governor said that  it is time to discard politics of religion and ethnicity and embrace a merit-based system that will bring progress and development in the country. However, in a swift reaction, the spokesman of the PDP in the state, Abraham Catoh, dismissed the allegation, describing it as a “desperate move by somebody who knows he is facing imminent defeat.”

The people are for our party. The few campaigns toured by PDP has shown that we controlled more crowd and followers than APC.” Kudan is the hometown of Hon Isa Ashiru, the PDP governorship candidate. Similarly, Hunkuyi which is the headquarters of Kudan local government area, is the hometown of Senator Suleiman Othman Hunkuyi, El Rufai’s estranged political ally who is the senatorial candidate of the PDP.